Staff at Te Arawhiti, the Office for Māori Crown Relations, are leaving the agency at high rates, with multiple former Māori staff accusing it of racism. 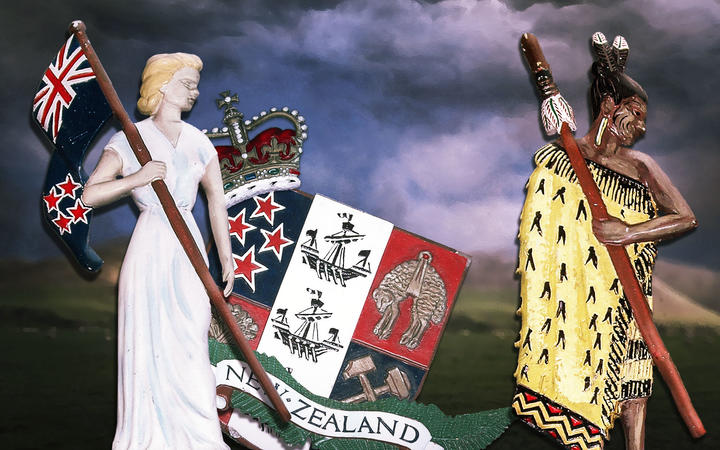 RNZ understands one long-serving Māori staff member who left relatively recently blasted the agency for racism as he exited.

The staff member, who RNZ has decided not to name, is understood to have stood in front of colleagues at his farewell and spoken about the racism he had experienced at the organisation.

RNZ contacted the staff member but he declined to comment.

Last year, Te Arawhiti had the highest unplanned turnover rate for new staff of any core government agency or ministry, with 30 percent of people who joined the office leaving within a year.

The median new staff turnover of all core public services was 13.2 percent.

Te Arawhiti also has one of the highest overall staff turnover rates of the agencies, at 17.9 percent. The median is 12.2 percent.

RNZ has spoken to multiple former Māori staff who say they are not surprised by the figure and also encountered racism.

One woman, who RNZ has agreed not to name, described the agency as a "revolving door".

"The Māori staff leave the fastest," she said.

"Every time I catch up with someone from there I ask who's left.

"When I think about the longevity of my [former] team, the people that had been in there the longest were young Pākehā. Lots of people just don't want to put up with it so they're like, 'bye'."

While Te Arawhiti was established to help improve the public sector's relationship with Māori, only 25.6 percent of staff are Māori.

The former staff member said that while the majority of staff were Pākeha, Māori were wheeled out to be the face of the organisation at public events.

She also said she often felt her decisions or views were not trusted or respected by Pākehā managers.

"There was a lot of having to ask permission to do a lot of things that were perfectly in the remit of what your job description was."

"It's like having to ask permission to sneeze," she said.

"It wasn't a place where you felt supported or empowered".

The length of time a Māori staff member would stay in the job "depended on how much bullshit they could put up with," the woman said.

Te Arawhiti has over 170 staff. Its biggest business unit is Te Kāhui Whakatau, a team responsible for negotiating Treaty of Waitangi settlements with iwi and hapū on behalf of the Crown.

One woman said she felt the team was expected to prioritise concluding Treaty settlements quickly over ensuring iwi and hapū were given a meaningful negotiation process.

"Negotiation is not quite the right term for what we're doing. Because there's hardly any negotiation about it," she said.

"The Crown has a predetermined outcome. There's a little bit of wriggle room. But getting your head around that was [difficult] and it was quite at odds with who you are as a Māori… It's all about milestones."

Te Arawhiti was established in 2018 by a freshly minted Labour-New Zealand First coalition government. Its Minister Kelvin Davis travelled the length of the country to ask Māori communities what they hoped the new agency would be.

In a press release, Davis explained that Te Arawhiti's core role would be to support the Crown in being a better Treaty partner.

It would achieve this by ensuring any engagement between public sector agencies and Māori was meaningful, providing an independent, cross-government view on the health of Māori Crown partnerships and providing strategic advice on contemporary Treaty issues, the press release said.

But former staff told RNZ they believe Te Arawhiti has failed to embody these values as an organisation and one said they left the agency because it wasn't the transformational organisation it purported to be.

"When you've spent your whole career in a system, I think it's much harder to change that system than you think it's going to be," she said.

Te Arawhiti said in a statement it was not surprised by the 30 percent new staff turnover rate because Māori staff were in high demand elsewhere.

"As the public service increases its focus on building Māori Crown relations capability, our people, who regularly engage with Māori across a broad spectrum of relationships, are in high demand. Agencies similar to Te Arawhiti face the same challenges."

Te Arawhiti said it was aware of allegations of racism by only one former staff member and it did not want to comment further.

"Te Arawhiti reiterates its commitment to building its capability across the Māori Crown relationship through hui, wānanga and other learning opportunities. This includes ensuring our understanding of the concepts of racial inequity, institutional racism and bias is strong and that we have processes and systems in place that ensure individual matters are addressed appropriately."

When it came to Teaty settlement negotiations, Te Arawhiti said the Crown needed to act in a respectful way and in accordance to tikanga, but also needed to support groups ready to settle.

Te Arawhiti said it invested in cultural advisors to ensure all its staff were kept culturally safe.