Iwi leaders say they're "hōhā" (fed up) with the Māori Health Authority being used as "a political football". 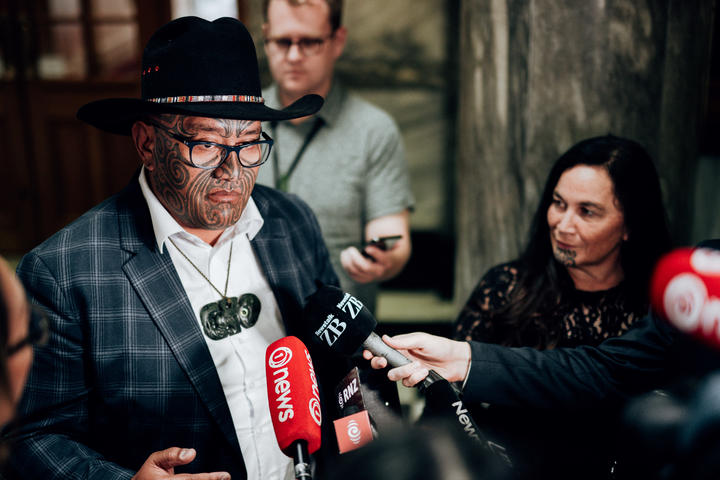 The National Party has been piling on the pressure, saying the [https://www.rnz.co.nz/news/political/441575/government-plans-may-lead-to-maori-systems-for-education-justice-collins the government is creating a separatist system, and the Authority is just one of many ways they're giving more governing power to Māori.

They vehemently oppose the Authority's joint-decision making powers, which allow it to veto the sign-off of policy put forward by the wider national body, Health NZ.

Minister of Health Andrew Little said "that might extend the policy-making and decision-making out by a small margin but it won't stop reaching agreement."

National Party leader Judith Collins has been using question time to hammer Prime Minister Jacinda Ardern on the Authority, and other Māori kaupapa put forward in an independent report that the government has yet to take to cabinet, He Puapua.

"I'm wondering why two Pākehā women are talking about Māori issues when they're not talking to Māori themselves... there's a room full of us".

Waititi and his co-leader Debbie Ngarewa-Packer appeared at times visibly uncomfortable with the debate.

"Why is the Speaker allowing the racism that is coming into this house and the treatment to tangata whenua that we've been experiencing, and listening to, solidly for the last two days," Ngarewa-Packer said.

She went on to ask whether the Treaty was respected in the House or not, which the Speaker of the House Trevor Mallard responded would require a PhD to answer.

Ngarewa-Packer said they shouldn't have to endure these debates.

"What is so repelling and so revolting for these parties and these opposition - Act and National, both guilty of it - to deny the partnership.

"Finally 181 years, we have more Māori in this place than ever, we've done everything we possibly can to be represented, and we still can't be recognised as tangata whenua".

He said there were already a number of examples where Ministerial authority has been devolved to Māori organisations - such as Te Matawai, the independent statutory organisation for revitalising te reo Māori.

"After the first three years, nobody talks about it, it's not an issue," he said.

"People are using this as a soap-box for political reasons or a political football and they're saying it's divisive, it's racist... but actually we've seen classic examples where it hasn't created the divisiveness... we've seen actually how collaborative it can be."

Opposition have also seized on a report, He Puapua, which sets out how the government can action the UN Declaration of Indigenous Rights.

It suggests an upper house in Parliament that could scrutinise legislation for compliance with te Tiriti - with half the representatives from iwi and hapū, and half from the government - entrenching Māori seats, establishing Māori wards for local councils, making Waitangi Tribunal recommendations binding and Māori getting royalties for resources such as water or petrol.

The report says these measures are to give Māori self-determination or tino rangatiratanga.

Act Party leader David Seymour said self-determination should be for everyone.

"The current government, the Māori party, the He Puapua, all seem to think that that's an exclusive preserve of Māori based on a certain interpretation of the Treaty.

"Our objective should be for everybody to be able to flourish."

Minister for Māori Development Willie Jackson said he was worried that the rhetoric in parliament would drive racial division.

"That's what the Brash years' did actually and then we had Foreshore and Seabed so that's always a worry but I like to think New Zealanders are a lot more mature now and we've got a Prime Minister leading the way and talking about partnership," he said.

He won't say yet which of the He Puapua recommendations government support until after it's been to Cabinet.

He said it was just the "start of a kōrero" and he said it was important the public got to have their say on He Puapua.