Half of wāhine Maori have experienced sexual or physical violence according to data provided within a 2020 government report briefing. 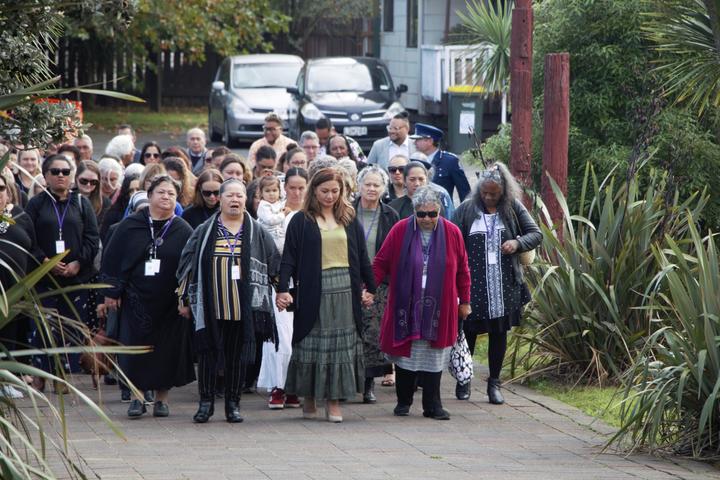 Now a new government initiative launched this week in Mangere at Wharewātea Marae aims to hear survivors' voices - and craft ways to deal with the statistics.

The government's bringing together 10 departments under the programme, Te Hau Tangata, to tackle the issue.

The initiative seeks to help address the distressing sexual harm and family violence in Aotearoa.

The government report on prevention of family and sexual violence from ministry of justice data, showed one in two wāhine Māori experience sexual harm and two thirds of the population who experience sexual assault are young people.

Figures presented also said half of wāhine Māori experiencing sexual and physical violence and two thirds of the population who experience sexual assault are young people.

It is an initiative which also carries a whānau-led, Te Ao Māori approach which Davidson said was a pivotal part in transforming the system and is right at the forefront.

Te Hau Tangata will allow victims and survivors to have their voices heard at a local community level through anonymous online feedback, community hui and whānau led solutions.

She said the engagement process will be focused on opening a safe and trusted space for all voices of the community, particularly those with lived experience to be listened to and learnt from.

"For far too long government agencies have been fragmented and isolated in the way that they work, have not been sharing information properly to be able to inform the better solutions."

"The joint venture is an attempt to finally work in a more joined up way," Davidson said.

Victims and survivors of violence and sexual harm say the initiative has been a long time coming.

Jackie Clarke is the head of The Aunties - a group supporting victims of sexual harm.

She is a victim of sexual harm herself - and said it is time for the government to listen to survivors and hear their stories.

"You acknowledge those that didn't survive, the dead, the mate.

"There are so many women and kids who haven't survived sexual and intimate partner violence and I want to pay tribute them particularly because hopefully this initiative leads us on a road to somewhere that makes it better for women and kids in the future," Clarke said.

Clarke said she has been led by and follows Māori women within her work and said the effects of colonisation has been a leading factor for ongoing violence.

She hopes the government will work with grassroots Māori organisations on the ground which have been doing the most effective work for a long time.

"I think it's time that the government took into consideration the concerns and heard the voices of the people who are working at the grassroots."

Dorothy is a mother to her son and daughter and a survivor of sexual harm.

She has never spoken publicly beyond her tight community of friends at 'The Aunties' group because she feared facing criticism.

Her perpetrator was a family member and speaking out and getting justice carried a painful weight.

Dorothy said the experiences of victims are sad and survivors - especially wāhine Māori - will only feel safe to share their story if there is a different approach of engagement that is supportive and understanding.

"A lot of my family members have had the same thing as well, I've met women through 'The Aunties' that have gone through the same thing and there needs to be more support, more understanding, a different approach I guess."

Dorothy said the national engagement process is a great start.

She hopes the initiative will bring awareness and that survivors will feel confident to come forward and know there are support networks available which will look after them.

"I hope it brings awareness to the situation and that we educate our children on being open and being able to get the support that they need, just to be confident within themselves to be able to come forward," she said.