Auckland iwi Ngāti Whātua Ōrākei are exhibiting a united front against cross-claims about policy settlements by the Crown. 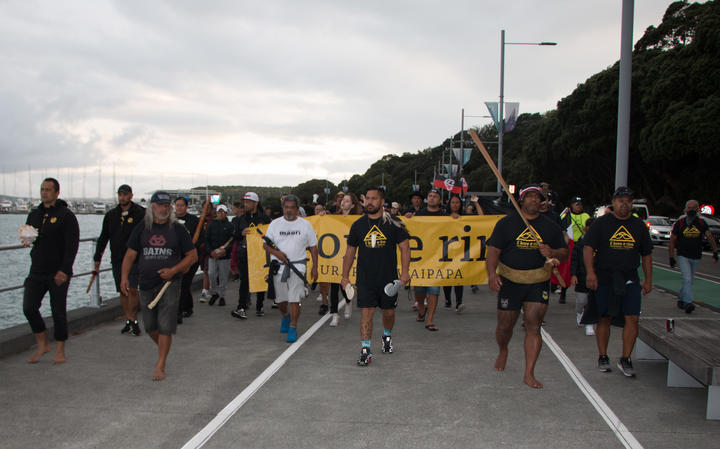 This is in response to overlapping treaty redresses which have left some iwi battling against one another.

Before sunrise this morning, about 300 Ngāti Whātua Ōrākei iwi members departed Ōrākei Marae on a 7km hīkoi to the Auckland High Court.

The Crown had intended to give two particular areas of land to a collective of Hauraki iwi called the Marutūāhu collective.

Ngāti Whātua Ōrākei had already stated having ahikā (title) in these areas.

The Ngāti Whātua Ōrākei iwi settled their treaty grievances with the Crown in 2011, however, the deed of settlement offered to the Marutūāhu collective meant in 2018 the Supreme Court granted Ngāti Whātua access to the high court to recognise the overlapping treaty claim.

As the Ngāti Whātua crowd travelled towards the high court, they paused to conduct karakia at Taurarua (Judges Bay) and the Waipapa area, where the iwi claim crosses. 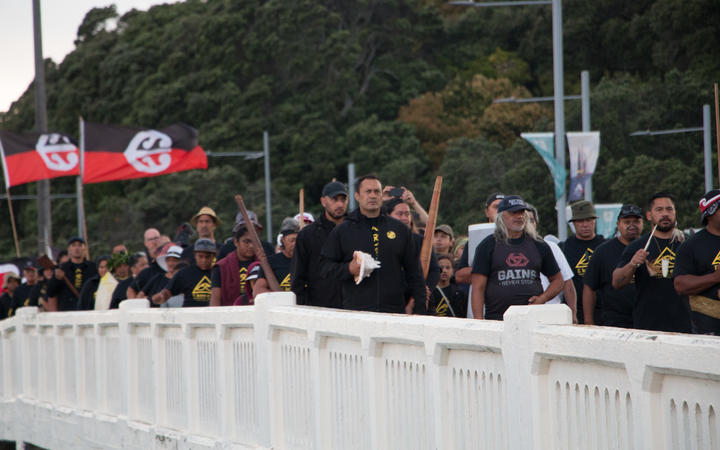 According to Ngāti Whātua Ōrākei, a resolution between iwi could not be reached despite hui. Photo: RNZ / Te Aorewa Rolleston

Ngāti Whātua Orākei chairperson Marama Royal said kaupapa of the hīkoi was about the protection of their whenua and areas they say is their ahikāroa.

She said the Crown's cross-claims policy was allowing pockets of their land to be transferred to other iwi outside of Tāmaki Makaurau.

"It's about showing our unity, our strength, our mana and protection of our whenua for our mokopuna," Royal said.

According to Ngāti Whātua Ōrākei, hui had taken place between the two conflicted iwi at both their respective haukāinga in an attempt to resolve the situation but a resolution could not be reached.

"We wanted to do the iwi-to-iwi kōrero, we wanted to understand their narrative around why they believe they have an interest here, unfortunately we didn't hear it," Royal said.

She said attending the High Court hearings would provide an opportunity for both iwi to cross-examine their histories.

Minister for Treaty of Waitangi Negotiations Andrew Little said prior findings by the Waitangi Tribunal in regards to Crown dealings with treaty settlements recognised the Crown needed to improve how it dealt with overlapping claims.

He said the Crown had spoken to the Iwi Chairs Forum about the matter.

"This is a claim by Ngāti Whātua Ōrākei that they have exclusive rights over Tāmaki Makaurau, not everyone agrees with them including other iwi. The Supreme Court said three years ago, they have the right to test that principle in the court of law and they are back in court this week testing that principle in the high court," Little said.

Marutūāhu spokesperson John McEnteer said the Ngāti Whātua Ōrākei hīkoi was aimed at trying to influence a court decision, and to undermine the collective treaty settlement, which the Crown put in place to recognise the overlapping interests of the many mana whenua of Tāmaki Makaurau.

"The 2007 Waitangi Tribunal report into the settlements in Tāmaki Makaurau analysed these issues in considerable detail," McEnteer said.

"The Ngāti Whātua Ōrākei hapū has spent the past 13 years on a fruitless campaign to claim hegemony to an area where many tribes have longstanding and deep historical ties." 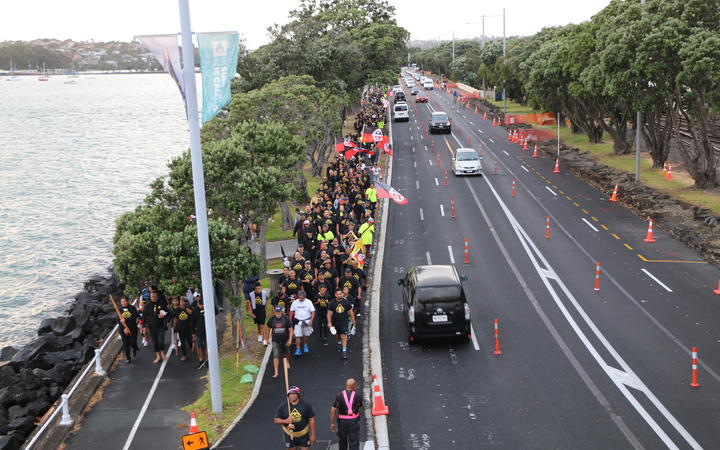 Their deed of settlement, established in 2018, states that it would not include financial redress but cultural and commercial redress would be included.

"It is interesting that Ngati Whātua Ōrakei didn't object to Marutūāhu's whakapapa to the region when we made submissions supporting their Treaty settlement redress allocation in places outside their so-called heartland, like the North Shore," McEnteer said.

McEnteer said that the focus on the Marutūāhu collective from Ngāti Whātua Ōrākei was not isolated and that other iwi such as Ngāi Tai ki Tāmaki, Te Ākitai Waiohua, Te Kawerau ā Maki and Waikato-Tainui were a part of their claims.

He said "due to the court hearing, it is not appropriate to comment further".

Ngāti Whātua Ōrākei along with the iwi collective from Marutūāhu will undergo the proceedings for stating their iwi claims over the following weeks.