Commemorations are being held at Kawiti Marae in Waiomio, Te Taitokerau today to mark the 175th anniversary of the Battle of Te Ruapekapeka. 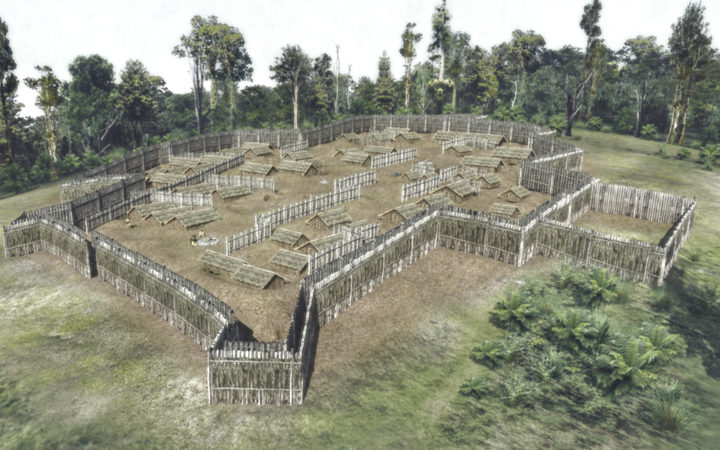 Ruapekapeka is regarded as one of the country's most significant heritage sites. Over several days in January 1846, British troops attacked Te Ruapekapeka Pā, beginning one of the most notable conflicts in the New Zealand Wars.

The Battle of Te Ruapekapeka marked the end of the Northern Wars and it was also one of the earliest occasions when relations between Māori and Europeans deteriorated into open warfare.

Event manager Huhana Lyndon told Morning Report Provincial Growth Fund money has been allocated for an upgrade of the pā area and some work has been completed in time for the commemoration.

"It's pristine - it's been prepared really nicely for today's commemoration and on the 3rd of February we come back together with the governor general, prime minister and British Consulate to remember the soldiers of the past as well as the sailors who died and there's a memorial to them as we have some of their bodies still on the pa."

Today's events will start with pōwhiri of the hapū of the trust of Te Ruapekapeka which is co-governed with DOC.

The event will continue into the evening when different hapū will get together with many bringing photos and taonga of their loved ones and ancestors who participated in the battle, Lydnon said.

Tomorrow many will get together at Waimate Taiamai where hapū will show them round.

Ngāti Manu, Te Kapotai, Ngāti Hau and Ngāti Hine have worked together together to organise the events.

The commemorations will culminate in a remembrance ceremony at the pā on Sunday. People are asked to show reverence and respect for their tipuna no matter which side they fought on, Lyndon said.