The first Assistant Māori Commissioner for Children has been appointed. 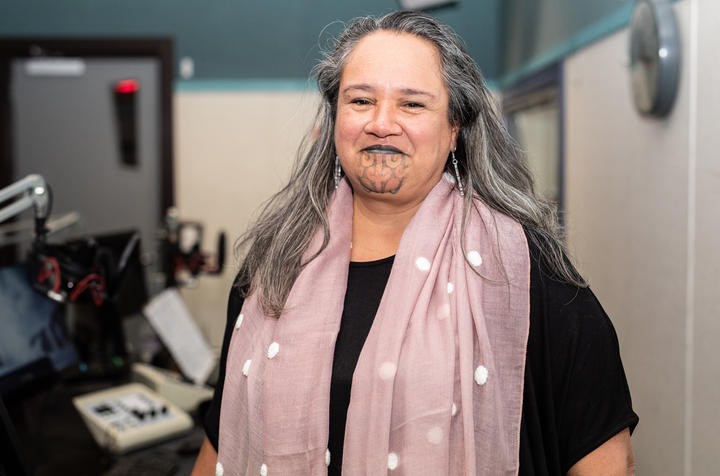 Glenis Philip-Barbara, from Ngāti Porou and Ngāti Uepōhatu, has worked in the public and community sector for more than 30 years.

She is the first person to be appointed to the newly-created position.

Philip-Barbara says the role acknowledges the importance of Te Tiriti in practice through its very existence and holds as precious the right of tamariki Māori to live as Māori, free from racism in all its forms.

"What are the ingredients of a genuine partnership you have two parties and in the case of the Treaty we have two parties with completely distinctive life systems, knowledge systems and ways of doing things.

"What the OCC is ensuring that those perspectives, those ideas, those ways of doing things are present at the decision making table and while the statutory authority sits with the Childrens Commissioner, that is the structure we are working to at the moment, but I am confident that through the strength of the relationship that we will build that we will be able to bring the benefit of both of those enormous knowledge systems to benefit tamariki, all 1.1 million children." Philip-Barbara said.

She says understanding the extent to which this principle is prioritised, appropriately funded and is working successfully for tamariki and whānau in policy and practice is something she wants to understand immediately.

"While it is easy to look and see what is not working well, we need to also equally understand what success looks like from a tamaiti, tamariki perspective, so understanding first, how many tamariki mokopuna have that opportunity to grow up in a safe, stable and loving whānau and understanding where that is not the case and what is being done about that, what are we doing in Aotearoa to ensure to give every whānau every opportunity to be successful."

One of the roles of the Office of the Children Commission is to monitor Oranga Tamariki. A number of reports have been released in the last year, including from the Commission itself, criticising the Ministry and the uplifts of children - specifially tamariki and pēpi Māori.

When asked what her plan is to ensure Oranga Tamariki is meeting its Treaty obligations and in protecting tamariki Māori, she said that when she starts the job she wants to understand the power and authority that sits within the Commission,and ensuring it is shining light in the right place.

Further, asked if she thinks the system has failed Māori she said there is no simple answer.

Judge Andrew Becroft says it is an incredibly important appointment, for tamariki Māori, and for the Office in its own Te Tiriti o Waitangi journey.

He hoped that future structures will include a Co-Commissioner for Māori in the Office, however the most senior appointment he was able to make at this time was that of Assistant Commissioner.

He said it could have been sooner - but it is here now.

"A modern 2020 New Zealand must give effect to a Treaty relationship in a way that is authentic and delivers. We haven't done it, I am the 6th out of 7 children commissioners, who is a male over 50-year-old Pākehā. If an office like mine is going to be effective we have to have a te ao Māori worldview, a parallel view, shared knowledge. I look forward to working with Glenis shoulder to shoulder. I am a bit nervous but I am excited, I wish it had come earlier but let's not be churlish, it's here and we are ready to go." Judge Becroft said.

He hopes that this will put clear policy perspective that will reshape what the office is doing - although they employ 13 Māori staff, he said it could be easy to assume that the Commission is doing the right thing in its Treaty obligations.

Judge Becroft says his idea of what a Treaty Partnership looked like when he started as Children's Commissioner in 2016 to now has significantly changed.

"I talked about a bicultural relationship, and that was criticised - they said it is too easy to reduce that to waiata, powhiri, mihi whakatau and karakia - but a genuine Treaty relationship is a better way to express that, a treaty journey where power is shared, where resources are shared.

"I have learned a huge amount and I have a huge amount to learn, but I know this one thing, that if our office is to make a genuine difference particularly for Māori we've got to be reshaped and reconfigured in a different way - the way that we are looking at here. Even this isn't perfect, I would have had a dream of co-commissioner, Māori and non-Māori working together - that has for to be the way forward."

He says that although excited, he was also frank in admitting his nervousness and apprenhension with the new structure.

"Honestly it is glib and trite to talk about power sharing - I have been used to being THE Commissioner, who makes all the decisions and does all the talking. Well that is going to change but we have to demonstrate partnership - we will be the stronger for it but there are some issues for there to be faced." Becroft said.