The activists who helped create and deliver the historic 1972 Māori Language Petition are still fighting for te reo to be compulsory in schools nearly 50 years on.

It's a debate that continues to divide the political spectrum and a policy no government has been willing to adopt.

Former member of Ngā Tamatoa, Toro Waaka, remembers the 1972 campaign vividly, and the push-back he received, even from his own.

"Often you got a lot of flack from your own people who thought you were causing trouble between them and their Pākehā mates. In one case I actually got physically attacked and punched up a bit," he said.

"We went around the streets, mainly, and around the university, and we worked some of the local hotels as well." 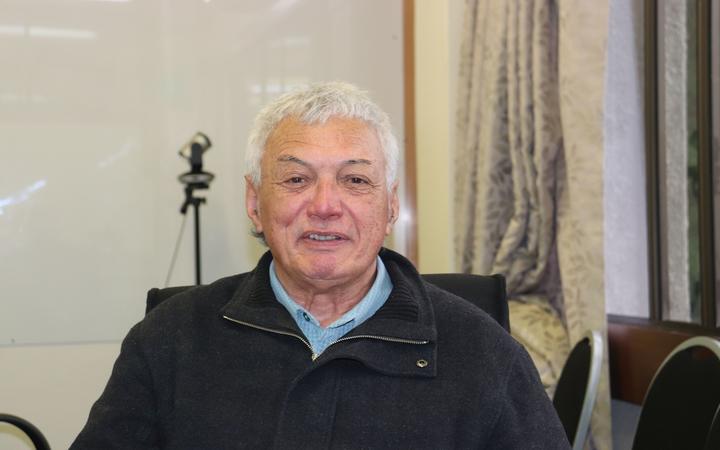 "My wife and Hana Te Hemara went door to door and into Queen Street, and I actually went home to Raetihi. Dad was managing a club and I put the petition on the bar in the club, and he was selling it to people as they came in," he said.

"And then the local cop came in and dad put it away. I was really disappointed because he took the local cop's word over mine because the local cop said, 'that Ngā Tamatoa, they're a bunch of radicals'".

The petition, which carried the weight of more than 30,000 signatures and called for te reo to be taught in all schools, was the collective work of Ngā Tamatoa, the Māori Language Society and the New Zealand Māori Students' Association.

It led to the first annual Māori Language day and later Māori Language Week, but successive governments have not gone as far as to make te reo a core subject.

Former Prime Minister Jim Bolger said he tried and failed to do just that when he was elected in 1990.

"One of the first things I tried to do as Prime Minister was to get it accepted by officials that we should teach Māori to all children in primary school and that didn't work. They thought it was far too hard and nothing really happened," he said.

"Given that it's an official language, given the importance of Māori to New Zealand and to our identity, the logic of learning the language is straight-forward," he said.

Larry Parr admitted making te reo compulsory wouldn't be easy, but suggested it could be developed over time.

"What we should be doing is putting in place some form of progressive programme to actually make it compulsory," he said.

"Whether that means we start from year one now and start progressively growing that, or whether we start at year nine and then next year it would be year nine and 10. The earlier we start, the better.

"It's a big challenge, but it's not going to change unless we actually put some real effort and focus and dollars into changing it."

Toro Waaka said it was going to take a new shift in attitudes to make it happen too.

"There needs to be a mindset that Māori subjects, language, shouldn't be secondary to other things," he said.

The chief executive of Te Taura Whiri i te Reo Māori, Ngahiwi Apanui, said there was clearly an appetite for te reo Māori to become a core subject in schools.

"When a million people register for a Māori Language Moment, that tells you something, right?"

"None of us should be surprise at this because in 2016, 53 percent of the people that responded to the general social survey run by Stats NZ said that they would like te reo Māori to be compulsory, that was back in 2016... I would say that amount would have increased."

This week both the Green Party and the Māori Party announced they would make te reo compulsory for students up to Year 10.

Labour and National are yet to take that step - but Labour remains committed to its goal of a million New Zealanders able to speak basic reo Māori by 2040.

NZ First and Act do not support te reo becoming a compulsory subject.