Community leaders in Te Tai Tokerau say the majority of people in the region are taking Covid-19 seriously, despite a tide of conspiracy theories suggesting the virus is about as harmful as the common flu. 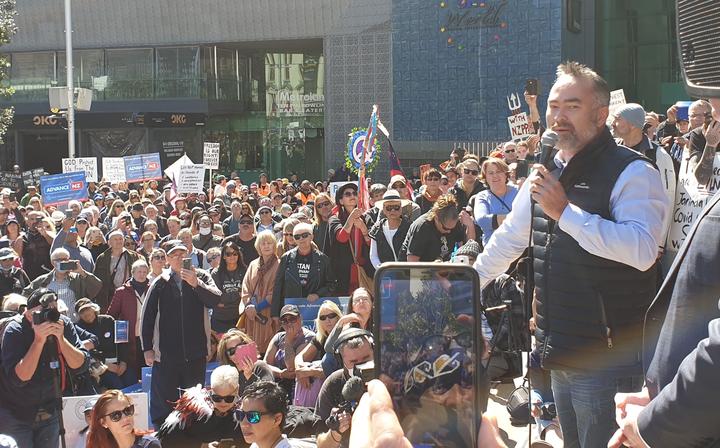 Yesterday Advance NZ Party co-leader Jami-Lee Ross announced he would no longer be contesting the Botany seat he has held since 2011, and instead would be pinning his hopes on co-leader Billy Te Kahika winning Te Tai Tokerau.

But Reuben Taipari, who helped manage the Northland community checkpoints, said anti-lockdown views and theories about the coronavirus were not hindering the North's determination to keep the virus away.

"We've had excellent behaviour so I'm very, very impressed and grateful that everybody is still taking it seriously and that the core focus for Te Tai Tokerau people is to protect the elderly and those who are sick."

Most people were remaining vigilant, he said, only gatherings in groups of less than 100, wearing masks on public transport and social distancing.

Taipari said people were still reaching out to him and his group of volunteers to help manage large gatherings.

"We attend the large gatherings, so everybody comes to us and asks, 'can you help us do a proper, safety protocol process at large gatherings and events?' We've been to tangi and sports finals."

She said people were still coming in every week.

"We were crazy-busy with our testing clinic and in the second wave even more so, because what we were finding is the breach of the border controls - Auckland whānau were finding their way up here for tangihanga - so it's been consistent."

Poa said she had heard about the conspiracy theories, which included that the government was using the pandemic to strip people of their rights.

But she said the nonsense wasn't trickling down to the majority of people in her rohe, and the message to her community remained the same.

"We can't be complacent or drop our game. The services are still to operate as a level 4 because once you've got that fricken Covid, you're had it."

He said the conspiracy theories must stop.

"People are going out on the streets and they're not observing social distancing and all of the other precautions that the government is putting up," he said.

"It think it is seriously misleading and it's literally deadly."

He said the conspiracy theories were without foundation.