Otago University bosses are being accused of misleading critics over its proposal to cap medical school admissions for Māori and other priority groups through its preferential entry pathways. 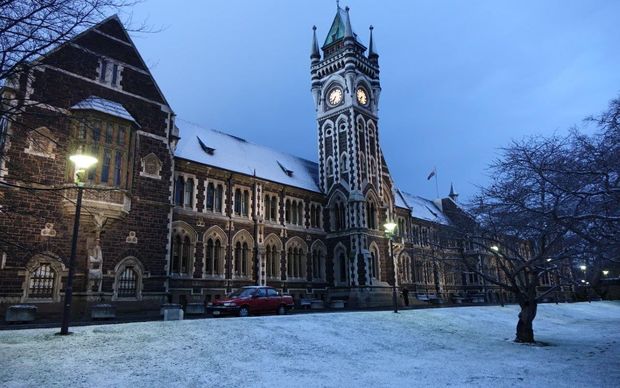 A staff member said they tried to push through changes much more aggressively than they have admitted in public, and told the Medical Admissions Committee it was not the university's job to address 200 years of disadvantage.

Two documents were presented at a Medical Admissions Committee meeting last month suggesting a limit of 56 students a year through the Māori Entry Pathway, and just 20 students through the Pacific and low socioeconomic pathways.

The pathways currently have no limit and were designed to create a health workforce that better reflected New Zealand's diverse communities, particularly Māori and Pasifika.

Health Sciences Pro Vice Chancellor professor Paul Brunton - who helped create the documents - says these were simply discussion points and no formal proposal was made.

But Zoe Bristowe, who attended the meeting on behalf of the associate dean Māori, said the committee was told the changes needed to happen immediately.

"Several times the words, 'this must happen', were used by the dean of the Otago Medical School and meeting chair. And when specifically asked towards the end of the meeting why there was such urgency, the pro vice-chancellor said changes needed to happen immediately to be in line with the Education Act," she said.

Bristowe, a Professional Practice Fellow at the university's Kōhatu Centre for Hauora Māori, said it was an 'extraordinary' meeting and held under urgency.

She said members were provided with the documents 24 hours before the meeting, and neither the associate dean Pacific, nor the deans of the Otago Medical Schools based in Christchurch or Wellington, were present at the meeting.

She said she and others present repeatedly raised concerns and questions over the modelling used to develop the proposal.

"So by that modelling, we should be aiming for at least 30 percent of the school to come from decile 1, 2 and 3 schools. I asked, why would we propose a cap? And the chair, the dean of the Otago Medical School, stated that it's because these students don't actually arrive. He later said that it's not our job to address 200 years of disadvantage.

"Well, actually, that is our job. That is our commitment under the Treaty."

Bristowe said there was no input from people with expertise in health workforce development, equity or the Treaty of Waitangi or from Māori or Pasifika over the documents.

"These are really important strategic matters, and they require input from experts, yet they were presented pretty much on the spot with no time for robust analysis, " she said.

She said Medical Admissions Committee members were given one week to provide feedback on the discussion documents, which they did.

"This is week six and nothing has been discussed and there have been no minutes circulated. Our requests to the university for information about what's happened has just been met with silence, and I think that's why I feel the need to shed some light on the facts of what actually happened."

In a statement, a university spokesperson said it disagreed with Bristowe's portrayal of discussions at the meeting.

"Both reject any inference that the University of Otago intends to abdicate its ongoing responsibility to use its admissions processes to help address historic inequities adversely impacting the make-up of the health professions in New Zealand."

The spokesperson said no formal proposal had been made, but if one were to be put forward all relevant stakeholders would be consulted.

The university denies a current legal challenge to its admissions process has anything to do with the discussion documents.