The University of Otago has revealed to RNZ it is facing a legal challenge against its medical school admissions process, but denies it has anything to do with a recent proposal to impose caps on the Māori Entry Pathway. 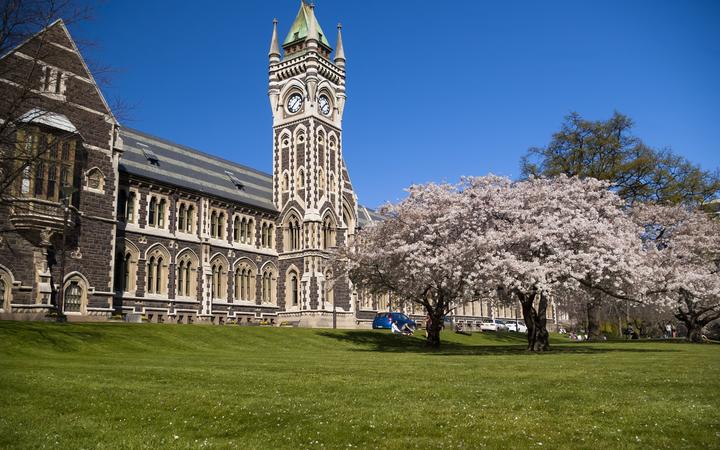 The pathway - which currently has no limit - gives preference to Māori students to get into medical school in order to create a health workforce that better reflects New Zealand society.

Pro-Vice-Chancellor of the Division of Health Sciences, Professor Paul Brunton, said in a statement the university did not consider it appropriate at this stage to discuss a matter which was before the court.

"There is a current legal challenge concerning aspects of the medical admissions processes used for 2020, but it does not include a specific challenge to the Mirror on Society policy, nor to the general principles of equity in selection," he said.

He denied the discussion document he created, which suggested capping the Māori Entry Pathway to 56 students a year, was a direct response to the legal challenge or any other public pressure.

"Competitive entry courses are by their very nature contested, and it is not unusual for the University to deal with questions and challenges in relation to these," he said.

"Significant progress has been made in increasing the diversity of the health professional student cohort. Between 2010 and 2016 there was a 124 percent increase in Māori students, a 121 percent increase in Pacific and the proportion of students from rural areas grew from 19 to 22 percent.

"In light of this success, and with additional Mirror on Society categories introduced this year (socioeconomic and refugee), the University considers it timely to look at the regulations, including all categories of medical admissions, to ensure they best reflect the policy and associated process requirements, and transparency as to the way in which the policy operates."

"The admissions process at the med school or the university more generally needs to comply with the New Zealand Bill of Rights Act. Section 19, subsection 2, permits preference for Māori and Pasifika due to inequality.

"Institutions can take measures in good faith for the purpose of assisting or advancing person or groups of persons disadvantaged because of discrimination," she said.

The Education Act also allows for preferential selection among students who are under represented in a programme or training scheme under section 224, subsection 6.

But Norton said there was nothing in the statute to suggest preferential selection needed to be limited to numbers which reflected New Zealand's ethnic population.

In other words, there is nothing in the statute to suggest only 16 percent of Māori students in a training programme can be selected under preferential pathways in line with a 16 percent Māori population.

"My reading of it is that the law allows them to go higher than the percentage of the population. There's nothing in the statute that says that they can't," she said.

"Do they have to go higher? Probably not, but they can."

She said the University of Otago did not have a legal problem, but rather a 'political perception' problem.

"It's unfortunate that they would be trying to put a cap on the number of students because this really isn't a legal issue, it's a political perception issue, and they shouldn't be hiding behind the law.

"If the med school thinks the measures are in good faith to bring Māori participation in the wider workforce up to parity then there's nothing unlawful about it. This also raises questions about what te tiriti requires and this is something that the university needs to think about."