Whānau who suffer from a rare genetic mutation that leads to stomach cancer have said new international guidelines making it easier for Māori to get tested will save hundreds of lives. 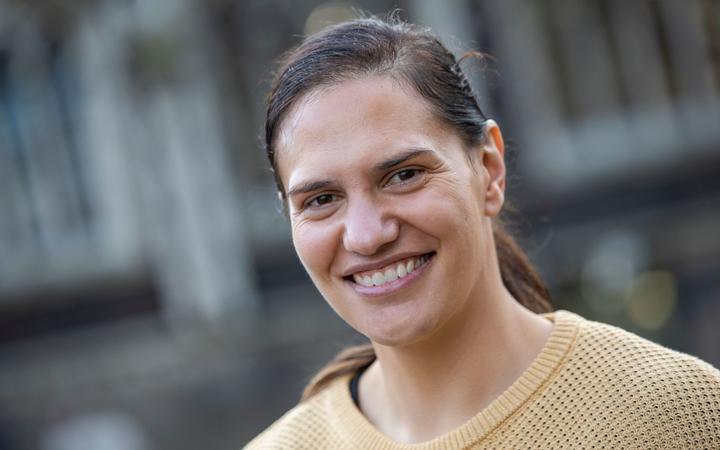 New international guidelines developed by the University of Otago and Kimihauora Research Clinic allow Māori to be tested for the genetic mutation - CDH1 - even if there is only one other family member with stomach cancer.

Dr Karyn Paringatai, who helped develop the guidelines, knows first-hand what it is like to have the genetic mutation - at her aunty's insistence, she went and got tested 11 years ago.

A year later, the senior lecturer at the University of Otago's school of Māori, Pacific and Indigenous Studies had her stomach removed after discovering she had the mutation.

Her dad's aunty, a few of her children and grandchildren had all had the rare stomach cancer - something Dr Paringatai only found out about after her father died and she returned back to the East Coast for his kawemate (a mourning ceremony at another marae separate to the tangihanga or burial).

She said that without whakapapa, she would not be alive.

"What I really wanted to do is encourage people to reinvest time into their whakapapa, into learning about their whakapapa because a lot of the urban Māori today have - for a number of reasons - are disconnected with their whakapapa, so my hope is that they see this as a way of engaging with it, even if it's just to save their lives."

"Because without knowledge of my whakapapa I would probably be dead right now - it literally saved my life."

She said it was difficult proving that she met the threshold to get a test, as she did not have an in-depth knowledge of her whakapapa - something that she was embarrassed about and prevented her from getting tested.

However, these new guidelines would be more empowering for whānau.

"Just one case of diffuse gastric cancer is enough to warrant testing being done, so that's the main change, the main recommendation from these guidelines that will impact Māori significantly."

Whānau believed they were cursed

"This is another step forward in the detection of stomach cancer which will hopefully ensure more people with the disease are identified at an earlier stage, therefore resulting in fewer deaths."

McLeod said she used to attend at least one tangi a year for a whānau member who died from the rare stomach cancer - including her cousin who died when she was just 16.

She estimated over 50 people in her whānau had died between the 1950s and 1990s, with many believing a makutu (curse) had been placed on them, after selling their land which was used for quarrying purposes.

After becoming a nurse, McLeod realised there was another reason behind why so many of her first cousins had died of stomach cancer - and she raised it at a genetics conference in the mid-90s, where she asked for more research into the area.

That led to Dr Parry Guilford discovering the genetic variant that was responsible for the stomach cancer.

He said while it wasn't a common cancer, there were likely to be "several" hundred Māori with this gene who were at high risk of both stomach and breast cancer.

He was unsure why so many Māori had the genetic mutation, although he did have one theory in relation to how the mutation may have been advantageous to Māori in pre-european times.

"The theory we have is that variations in the gene may lead to some kind of decreased risk of infectious disease, so various pathogens such as virus and bacteria may have found it more difficult to get into a cell with a CDH1 mutation - so we think that might be behind it but we have very little data to support that so far."

"There was some evidence that we had that the cells were more resistant to infection with bacterial diseases such as listeria and listeria is probably would be very, very common in times pre-fridgeration when you're reliant on a very heavy seafood diet without ways to keep your food cool so we've got this theory that might've been the case," Dr Guilford said.

"Listeria also causes a high rate of miscarriage as well so perhaps it was a really powerful and selective force for the Māori population pre-european times."