A Heritage New Zealand report has recommended granting Howick's Stockade Hill Category 2 heritage status due to its links to the New Zealand land wars and the two World Wars. 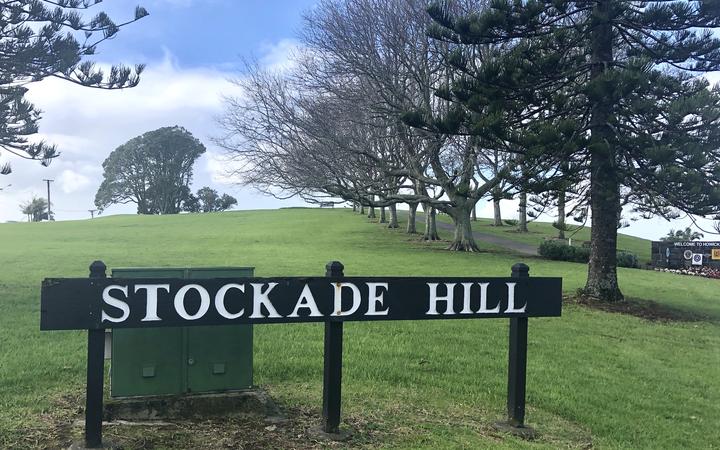 Looking towards the summit of Stockade Hill. Photo: LDR / Supplied

Aside from a monument to those who died in the wars, many people might not know the history of the reserve which borders both Ridge Rd and Picton St.

According to Heritage New Zealand, the Stockade Hill redoubt was built on the site in 1863 prior to the Crown troops invading the Waikato.

As the threat of war increased, local settlers had requested that the government construct a stockade as a place of refuge for them.

In 1863, fighting had broken out again between Crown troops and Māori in Taranaki. Governor George Grey believed the root of his problems rested with the Māori Kingitanga movement, which was based in the Waikato and was opposed to the sale of its land to settlers.

In July that year he had given Waikato Māori an ultimatum - swear allegiance to the British Crown, or prepare for war. But before the message had even been received, a 12,000-strong force led by Lieutenant-General Duncan Cameron invaded the Waikato.

Despite the concerns of the local residents during the invasion of the Waikato, the Stockade Hill redoubt was never actually attacked. Walking around the site today the trenches that were dug out around the stockade are still evident, even though none of the historic buildings are left on the site, including the old fortifications.

A report on the historic site by Heritage NZ senior heritage advisor Martin Jones stated: "Internally, the redoubt incorporated several buildings, including at least one blockhouse, a picquet house and a Commissariat Store."

In areas in South Auckland, similar stockades were built during the land wars, but according to Heritage NZ the remains of very few of them still exist today. The site was later used as a military store, before the redoubt was dismantled in 1873.

Looking towards the summit of Stockade Hill. Photo: LDR / Supplied

In 1920-1921, a War Memorial was constructed on Stockade Hill and consists of an obelisk and plinth and includes the names of those from the Howick and Pakuranga District who died in World War I and World War II. The memorial has been the site of annual ANZAC Day ceremonies since.

In Jones' report, he recommended giving the site a Category 2 status.

"The place is historically significant for its connections with the Waikato War, which had a major impact on both Māori and Pākehā communities," Jones said.

"It is especially linked with the early stages of the conflict, when the colonial government created a number of small fortifications as part of a defensive network to the south of Auckland, and European settlers sought places of refuge in the event of need.

"The place directly reflects difficult and complex aspects of New Zealand history, including relations between Māori and Pākehā during the nineteenth century; and the military strength that enabled colonial government expansion into Māori-held lands."

A spokesperson for Heritage New Zealand said the report and its recommendations would now be sent to its board for consideration before it makes a final decision.

The Howick Local Board made a submission to include the site on the Heritage NZ list, and deputy chairperson John Spiller said anything that can be done to protect such historic sites has to be applauded.

"There's a lot of very interesting history in the area and people are very interested in the heritage of Howick."