Former New Zealand First MP Tuariki Delamere has joined a fight to stop the Whakatōhea Treaty Settlement - one of the biggest settlements in history - from being finalised. 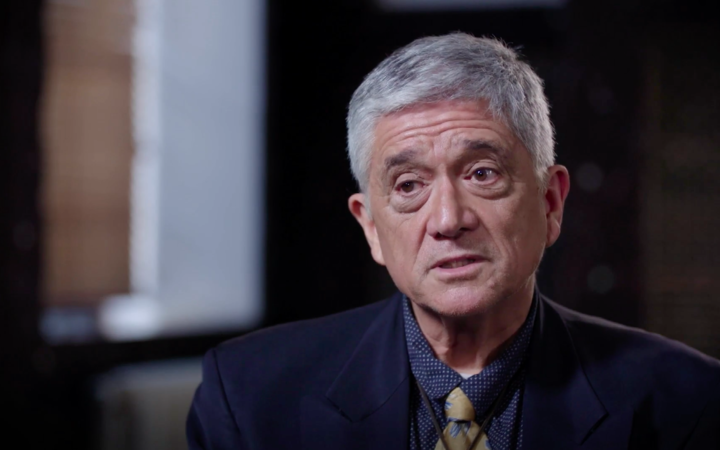 The group negotiating the $100 million deal, the Whakatōhea Pre-Settlement Trust, has faced widespread opposition within the Eastern Bay of Plenty iwi in the past.

But the Crown has pushed ahead with the settlement despite the divided iwi, and Tuariki Delamere said that was simply due to "Pākehā Crown arrogance".

The first step in any Treaty settlement process is deciding who should negotiate the settlement on behalf of the iwi.

But with millions of dollars on the line, choosing a single group to represent everyone can be tricky, and in some cases can divide an iwi.

Delamere said the Whakatōhea Pre-Settlement Trust did not have the full backing of its people to negotiate the settlement, and Treaty Negotiations Minister Andrew Little was wrong to think otherwise.

"It's actually objectionable that Andrew and the Crown are pressing ahead without sorting out the mandate," he said.

"And, I'm sorry, Andrew Little is a really nice guy but I'm sorry Minister Little, you are so wrong here."

The Waitangi Tribunal made it clear in early 2018 that the Crown was wrong to recognise the mandate of the pre-settlement trust, and believed it only did so in order to get the settlement over and done with quickly.

To settle the dispute once and for all, the minister held an iwi-wide vote later that year, and asked Whakatōhea whether they supported the trust to continue negotiations.

Delamare said that was simply not enough of a mandate, and the iwi was clearly still divided.

"That Whakatōhea vote was complete nonsense, and for the Crown to say, 'well we accept that', that's nonsense," he said.

"I make it of Pākehā Crown arrogance thinking, 'we're the great white father and we'll do what we tell you to do'."

The votes in support of the pre-settlement trust fall well below the 75 percent majority that a ratification process typically demands.

Delamare has filed an application for an urgent hearing to the Waitangi Tribunal to investigate the Crown's rationale for resuming negotiations with the trust despite the divided vote.

But the chief negotiator for the Pre-settlement trust, Maui Hudson said he wasn't worried about the tribunal application.

"I'm not surprised in lots of ways, but this is old news. It's been tried before," he said.

"The opportunity that sits before Whakatōhea is a really significant one. Not only in terms of what we can get back through the settlement process but how we can leverage that for development for our community.

"Settling now rather than in 10 years' time means we are going to be at the front of those developments. I don't want to be in a situation where where 10 years down the track we are just getting a settlement and saying, hey, look at all these opportunities that went through our community which other people took advantage of."

Hudson said he ultimately had a responsibility to meet the needs of the majority.

"If the majority say that they want to continue then we have a responsibility to continue or to try and make that possible. If we were to walk away from that at this stage then you've got more than half of your people whose needs you're not meeting."

The 2018 Whakatōhea vote found most people did not want to stop negotiations in order for a mandate process be re-run from the start.

However it did find 48 percent of people in Whakatōhea did want to see negotiations stopped while the Waitangi Tribunal could carry out an inquiry into historic grievances.

That inquiry is now underway, but Little hasn't stopped negotiating with the pre-settlement trust.

"What the vote showed following the last tribunal inquiry is that there are two views. Some want negotiations to continue, others want a district inquiry and both can happen."

When pressed about whether he was confident the pre-settlement trust had the mandate to negotiate the settlement, Little said no other group had any majority at all.

The pre-settlement trust hopes to settle before the election.