Suggestions the Crown rushed its settlement with the Eastern Bay of Plenty iwi Whakatōhea are insulting, the former Treaty of Waitangi Negotiations Minister says. 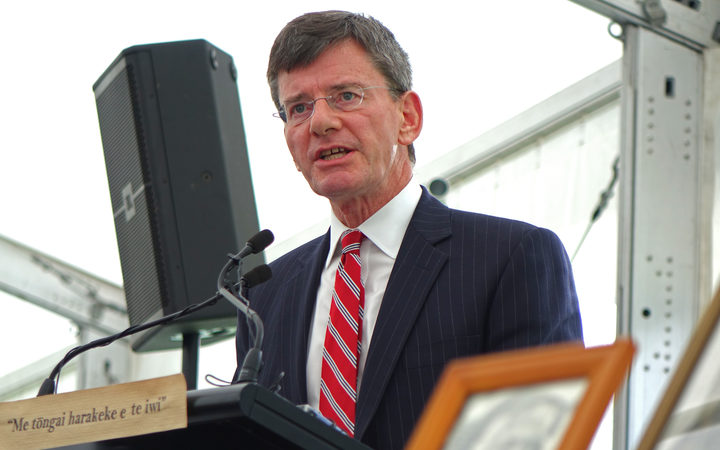 A recent Waitangi Tribunal report said the Crown unfairly negotiated a $100 million deal in principle with a group that did not have the backing of the whole iwi.

Presiding Officer for the inquiry, Judge Michael Doogan, said in a statement he believed it came about because the Crown effectively prioritised its political objective of concluding settlements by mid-2020 over a process that was fair to Whakatōhea.

"This not only caused prejudice to Whakatōhea, it also puts at significant risk the prospect of a durable settlement based upon a restored Treaty relationship.

"The particular circumstances within Whakatōhea in 2016 that were known to the Crown required more than the expedient of picking and backing the group considered most likely to achieve the Crown's objective of a quick settlement."

Former Minister of Treaty of Waitangi Negotiations Chris Finlayson said he worked alongside Whakatōhea leaders for seven years to lay the foundations of a successful settlement and there was nothing rushed about it.

"Any suggestion that I would be party to some 'rinkie-dink' commercial deal so that I can go around proclaiming how wonderful I am because I reached treaty settlements with all these people is frankly a defamation of me."

"I take it very personally because I worked hard with the good people of Whakatōhea, not simply between 2016 and 2017, but before that and I take it very hard for the hard-working, utterly decent and motivated Crown officials who worked on this over a number of years."

'There are always going to be outliers'

But representatives of five of the six hapū of Whakatōhea called for an urgent Waitangi Tribunal hearing to dispute the right of the Trust to represent the iwi.

Mr Finlayson said he still believed the pre-settlement trust had the mandate to negotiate the deal.

He said in every negotiation process there would always be outliers.

"By the time we had worked through all the issues and all the hui and all the bits of paper, I was satisfied that the group of people who had been given the mandate were in a position and remain in a position to reach a just and durable settlement on behalf of Whakatōhea.

"There are always going to be outliers. Whenever a mandate is granted there will always be 'naysayers'."

The Tribunal recommended that the crown temporarily halt all negotiations to allow hapū to vote on how to proceed, and that the crown maintain its $100m offer but pay interest.

Mr Finlayson said the suggestion that the Crown pay interest was unreasonable.

"The Crown always pays interest from the time the deed of settlement is initialed up until the time that the actual payment is out, so the Crown is very generous with the interest component.

"The Crown hasn't been responsible for delay here at all and I just cannot see that there is any justification for the Crown to be at a burden of an extra period of interest."

He said the 2020 timeframe was not about the Crown, and more about the people wanting to get their settlements finalised.