The Māori Party has launched its national campaign to reduce racism and inequity as it fights for a return to Parliament in 2020. 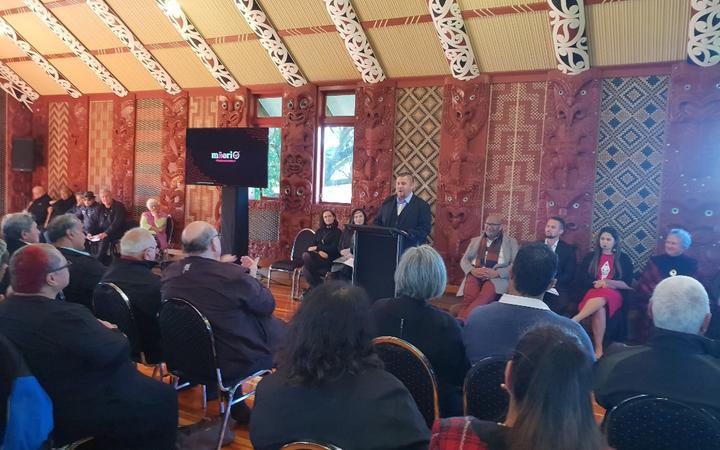 Co-leader John Tamihere said the policy is a "game changer" and calls on the government to direct a quarter of its funding to Māori.

"Whānau First is an affirmative action procurement programme where 25 percent of all government contracts have to have some form of Māori uptake," he said.

"This policy is applied in precedent overseas across the whole of government, so it's health, welfare, education, justice - it's construction and infrastructure." 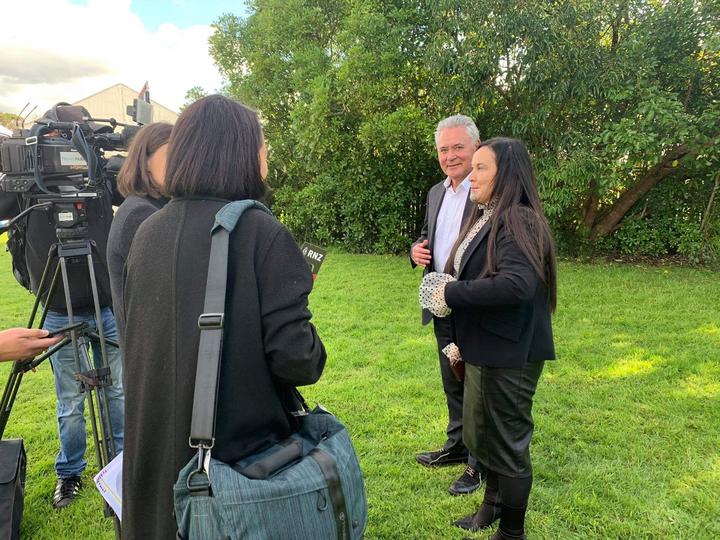 Tamihere said similar programmes have had success in Australia, USA and Canada, where indigenous people are allocated access to government contracts and determine how the project is executed.

"They have never been deployed here and we will never get off the bottom of society unless we get a game changer policy - and this is it for us."

He pointed to a project his organisation Waipareira Trust has undertaken to build 120 homes for Housing New Zealand in Waterview.

"We were able to get young Māori off the street into trade training - that's a three year project - we will have over 11 Māori that will come through and be tradesmen out of that."

Tamihere said major constructions firms such as Fletchers hold a monopoly on the industry and Māori have been held back from getting to the level where they can bid for major contracts too.

In a rousing speech today, he said the government has $20 billion set aside to recover from Covid-19, and it is important that Māori get their fair share of the recovery spend.

Another key goal for the party is to implement Te Tiriti o Waitangi relationships and obligations across Covid-19 recovery bodies.

"We don't have high participation with local government and regional government - they are the ones that are often advising the government on shovel ready projects," she said.

"Māori as tangata whenua demand that our right to equality and equity be applied in all post-Covid recovery programming and funding."

Ngarewa-Packer and Tamihere said the 25 percent figure was their bottom line, and would not comment on whether they would negotiate down with potential coalition partners.

But Tamihere took a swipe at NZ First leader Winston Peters, saying he is ashamed of being Māori and criticising him for spending $72.5 million on the horse racing industry to recover from Covid.

"One of our main policies will be to ensure that the people who paid him to go to Parliament, and then he paid them back with that money. We will rip back out of horses and put it back into people."

"There is a resurgence of indigenous uprising around the world," he said.

Then someone got the guitar in: pic.twitter.com/ccGAgVT8ql

There were high levels of energy and enthusiasm as hundreds of people packed out Hoani Waititi today to hear introductory speeches by the party's seven candidates, who are standing in each Māori electorate.

Waiariki candidate Rawiri Waititi said the biggest hurdle to returning to Parliament is getting Māori out to vote.

But he said the fact that Labour's Māori candidates are on the party list will work in their favour.

"Our Māori people are clever enough and intelligent enough to know that a candidate vote for the Labour Party Māori members is a waste of vote because they are all going back to Parliament," he said.

"On current polling they are all going back to Parliament. What I am saying to our people is the power of their vote will allow another seven strong Māori voices in Parliament."

Waititi gave an uplifting speech, raising concerns about Oranga Tamariki and the justice system and the disproportionate rate of Māori caught-up in those systems.

"There is a resurgence of indigenous truth uprising around the world," Waititi said.

Ngarewa-Packer agreed and said the Māori Party would be dedicated to addressing issues of racism and discrimination in Aotearoa.

"We seem to be the only party leading those discussions - we have the freedom to be able to assert that whakaaro in our policy and in our politics as Māori.

"There is no unapologetic Māori voice in Parliament."