The newly-announced Māori party candidate for Te Tai Tokerau says if elected she will ensure the "billions of bedazzling dollars" announced by the government actually reach iwi, hapū and Māori organisations in the region. 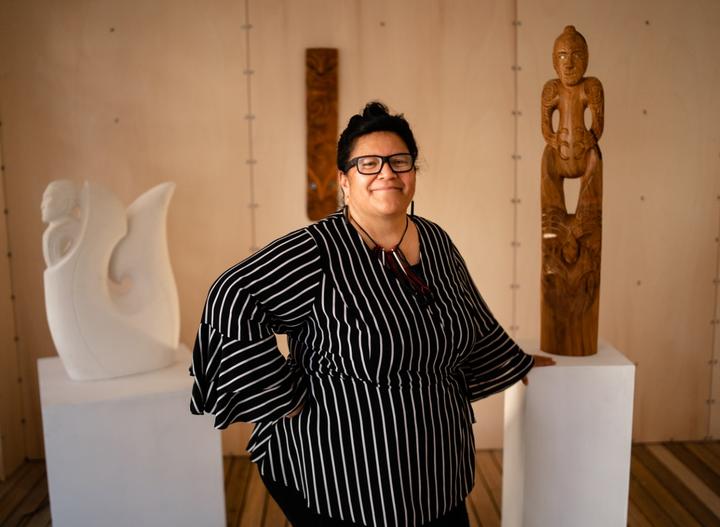 Mariameno Kapa-Kingi from Te Aupōuri and Ngāti Kahu ki Whangaora has worked in iwi and Māori social and health services for over 30 years, and is the final candidate in the Māori Party line-up.

Kapa-Kingi is currently the project specalist for Te Rūnanga o Whaingaroa, but previously helped transform Māori health provider Te Kohao in Hamilton from a small whare with one doctor to a health provider offering a range of social, health and education services.

She has also worked in suicide prevention in the Far North, has driven the Kāinga Ora programme, and recently helped secure temporary housing for whānau Māori in the north who were homeless.

"All of that work puts me in a space where I can cross between the realities of a Māori reality and working in a very mainstream, systemised reality, and I understand both those worlds completely."

Most recently she was part of the collective iwi response in the Far North to Covid-19, which she said inspired her to run for the Māori Party.

"These last six, seven weeks has been a huge, explicit demonstration of chiefs lining up, putting things aside that maybe stopped us from doing this before, and putting whānau right in the front and centre of who it is we serve and who it is we most focus on."

"So that's really where my inspiration was in thinking iwi are now faced with an election, now lots of billions of bedazzling dollars [are] coming to us and trying to figure out, how do we think about that?"

"You can't think about things when it's said in billions and millions, and it's so distracting from what it actually means when you drop it to the ground."

Kapa-Kingi said iwi, hapū and whānau know how to get their people out of an oppressed state, but they needed the resouces from the government to do that.

"We are ready for that resource, so hand it and get out of the way."

She wanted to see He Whakaputanga, the Declaration of the Independence of New Zealand, and Te Tiriti o Waitangi fully realised.

"There's some fundamental systemic, good old racist, poor, poor outdated practice that needs to be done with. So we really need to clear this stuff away."

"I want to take it back to those times, those ideas, those covenants, those agreements that were well thought out and how we apply it, not write it into documents and forget it is even there."

She said there was a lot of ignorance in Parliament about what a Treaty-based relationship looked like, and she wanted to re-educate those in power.

Her vision for Aotearoa was one where her mokopuna could speak te reo Māori, and stood strong in the Māori world.

"Parliament is sorely missing an unequivocally Māori opinion and analysis, and the Māori Party is the right advocate to bring those things to the House, both fearlessly and relentlessly."

"Mariameno was born and bred in Te Whare Tapu o Ngāpuhi, and has dedicated years of her life working for the kaupapa to empower her people"

"We are indeed fortunate to have such an upstanding and experienced representative, and especially look forward to reinvigorating the presence of the Māori Party movement in the Far North."