The Māori Party has named its candidate to contest the East Coast and Wellington Ikaroa-Rāwhiti seat in September's election. 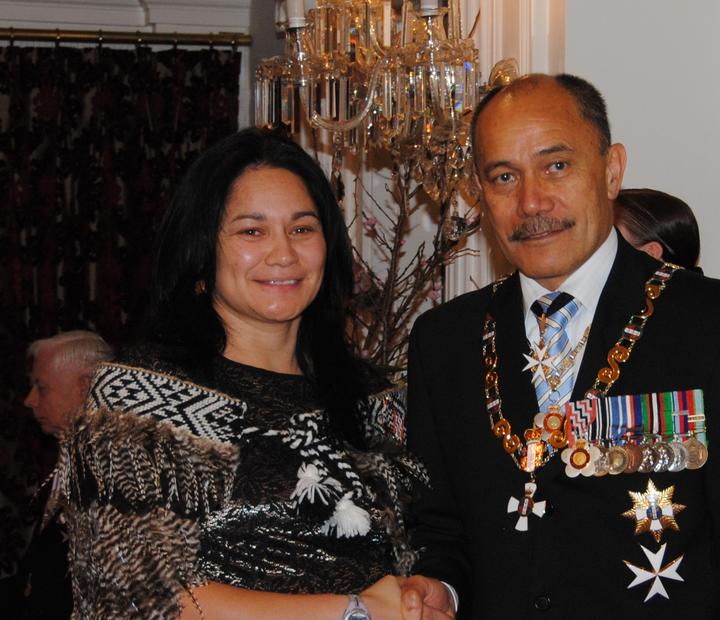 Heather Te Au Skipworth, QSM, is the Māori Party's candidate for the Ikaroa-Rāwhiti seat - which extends from the top of the North Island's East Cape, down to Wairarapa, and most of the Hutt Valley.

From Hastings, Te Au Skipworth (Ngati Kahungunu, Ngai Tahu, Te Arawa, Tuwharetoa) is the founder and chief executive of the IronMāori multi-sports organisation, and will run for the party in September's general election.

"We're excited and proud to have such a high-calibre mana wahine to represent us in the upcoming election," she said in statement.

Te Au Skipworth said she is proud to represent Ikaroa-Rāwhiti in the upcoming election, and is motivated to work as a politician to encourage whānau transformation - which had been her motivation to found IronMāori.

"I see the injustices our people still face today, in every sector, every system, every policy, every government door that our people walk through, and I want to change that."

"The Māori Party is focused on fighting for the rights and interests as tangata whenua, and that must start by eliminating the institutionalized racism we contend with every day".

Te Au Skipworth was working as a lifestyle coach, and encouraging her clients to do triathlons when she decided she needed to "practice what she preached", and give one a go herself.

Seeing an opening for an inclusive whānau-focused event, she co-founded IronMāori multi-sport events in 2009.

The organisation's website says they were set up to tackle Māori health issues, and have grown to become the most popular half and quarter triathlon in New Zealand.

During a previous interview with RNZ Te Au Skipworth said: "we embrace everybody and try to link them up with rōpū [groups] through the country to try to get them started on their journey."

"It's about the journey really, and the event on the day is a celebration and icing on the cake for what they've done. It's all shapes and sizes."

She was awarded the Queen's Service Medal in 2014, for services to athletics and to Māori.

Māori Party hoping for a come-back

In the 2017 general election the Labour Party won all seven Māori seats, and the Māori Party lost its last foothold in parliament.

New leader of the party, Che Wilson, has said aligning with National in coalition governments in 2008, 2011 and 2014, damaged the party's reputation and perception.

If the party was to join a coalition government after this year's election, they would first sit down and talk with Labour, he said.

"We need one seat at bare minimum to get us back in, so we can then do the things we did well,'' he said.

This time around the party will switch its messaging up so it is less academic and more accessible, and they won't shy away from promoting their successes, Wilson said.