The Māori Party's newly announced candidate for the Te Tai Tonga electorate, Tākuta Ferris, says the absence of an independent Maori voice in Parliament has not gone unnoticed by Māori, and it's time for change. 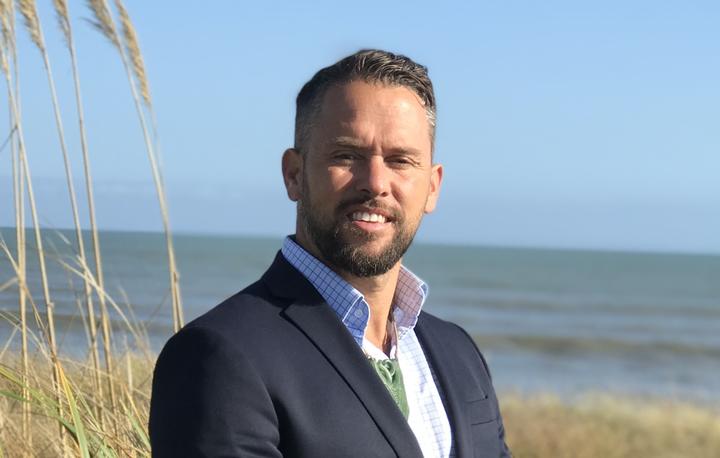 The Ngāi Tahu, Ngāti Kuia, Ngāti Kahungunu and Ngāti Porou descendant, who is a Principal Advisor Māori at Massey University, said he was determined to see the Māori Party back at the table.

Such a feat would take some belief and buy-in from Maori, he said.

"Tātou te iwi Māori, me tipu te whakapono," he said. "We need to grow the belief in ourselves that we have the ability to do things on our own.

"The iwi Covid-19 response around the country has demonstrated that we can do things on our own, for ourselves and look after our people, and communities in general. We have the resources, we have the capability, we have the expertise. Me tipu te whakapono, we've got to grow the belief in ourselves."

He said the epidemic had an unprecedented impact on Māori in every industry and sector, and his focus if elected would be to ensure Māori were at the forefront of the recovery.

"There's going to be a lot of money dispensed by the government around growing infrastructure," he said.

"In Te Tai Tonga and Te Waipounamu, a lot of the communities are quite isolated and we need to make sure that when it comes to the shovel-ready projects and the government dishing out significant amounts of funding to the regions, we need to make sure a Māori voice is there and that iwi have a greater role to play in the redevelopment and recovery phase, particularly around economics and employment.

"Ngāi Tahu is a big player and has been significantly impacted by the restrictions around tourism, so ensuring that shovel-ready doesn't mean everything just gets whipped through quickly and the opportunities for Māori and iwi to be influential in those conversations is missed, is important."

Ferris said his other key focus if elected would be on ensuring te taio, the environment, was protected for future generations.

"Us, as Māori, have a significant, inherent and passed-down connection with our landscapes, with our environment and with our resources. I grew up around the coast so I know the coast intimately and our natural resources are under so much threat right now, everything from coastal fishing, to dredging, to seabed mining.

"We really need to be careful around how we approach that," he said.

Ferris acknowledged former Māori Party candidates for Te Tai Tonga, an electorate he said was tied to him through whakapapa.

"I'm really happy to be standing in a place where our whakapapa takes us to. I think about my Nan, a proud as kuia, and my koroua, they were staunch in their whakapapa ties and still connected to our people, and I'm looking forward to representing them."

The Māori Party also announced that Donna Pokere-Phillips would stand in the Hauraki-Waikato electorate.

She and Ferris join Māori Party co-leaders John Tamihere, who is standing as a candidate for Tāmaki Makaurau and Debbie Ngarewa-Packer who is standing in Te Tai Hauauru.

Rawiri Waititi is also standing for Waiariki and Heather Skipworth for Ikaroa-Rāwhiti.