The Ruakura Port development north of Hamilton has recieved more than $30 million from the Provincial Growth Fund and the commercial arm of iwi powerhouse Waikato-Tainui. 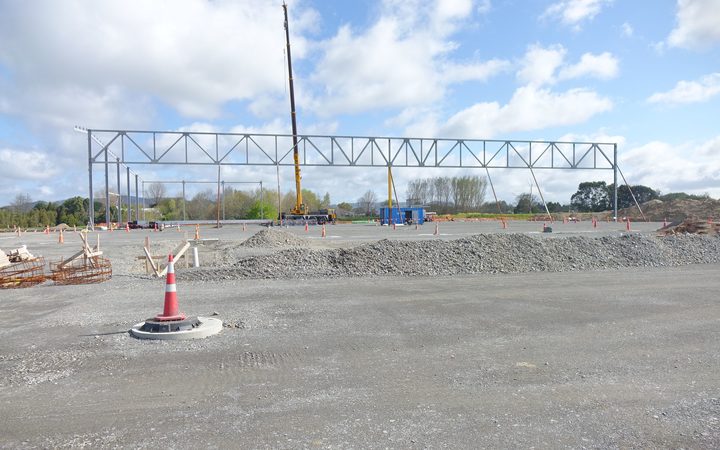 Ruakura Port is a joint venture between Tainui Group Holdings and Port of Tauranga estimated to bring up to 12,000 jobs to the region on completion in 2061.

Tainui Group Holdings has matched the government's $16.8m contribution, which was announced today, to build roads that will link the port to Waikato expressway.

The combined funding will be used for an additional scope of work including a surfacing change, water main, sewage, landscaping and utilities such as power and internet.

He said the project would also create 200 construction jobs, but more would be created once it was completed.

"Construction of the Ruakura Spine Road will unlock access to the multi-modal Ruakura Inland Port, Logistics and Industrial development," he said.

The port is part of the Ruakura Precinct, one of the biggest developments in the country at 490ha.

It is planned to include industrial, commercial, retail and residential development, with the first 17ha of the inland port now in development.

The chair of the Te Whakakitenga o Waikato - the tribal governance entity for Waikato-Tainui - Parekawhia McLean, welcomed the government's contribution to the project.

"This timely investment... will bring forward the transformational benefits of Ruakura for the country, our city and our iwi, and play a big part in the economic recovery of the Waikato after Covid-19," McLean said.

He said the funding meant Tainui Group Holdings could move ahead with finalising contracts, ready for construction to begin in October.