Tainui Group Holdings and the Port of Tauranga have announced a rail partnership at the proposed Ruakura Inland Port near Hamilton. 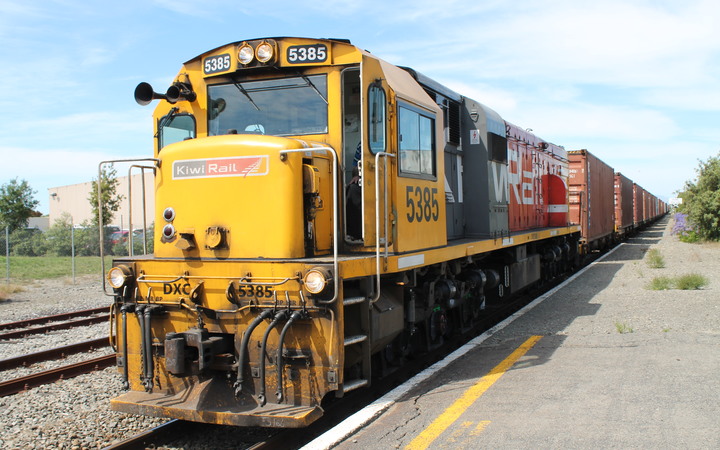 The Port of Tauranga's cargo trains will stop at Ruakura to pick up or drop off freight. Photo: Katy Gosset/RNZ

The agreement will allow the Port of Tauranga's cargo trains, running between Mount Maunganui and the port's inland freight hub in Auckland, to stop at Ruakura to pick up or drop off freight.

KiwiRail operates up to 86 trains per week on behalf of the port.

Tainui Group Holdings says the agreement, which is for 30 years, is a key step towards fulfilling the Ruakura Inland Port's vision of unlocking the golden triangle of Auckland, Hamilton and Tauranga for importers and exporters.

The golden triangle already accounts for about half the country's freight volumes.

The Ruakura Inland Port is expected to be completed in 2021.