One of the country's best-known waiata has proven so catchy a US Defence Force musician says it's been "on a loop" in his head for weeks.

New Zealand's lockdown has had all sorts of unexpected results - but one of the more surprising is a musical partnership between the New Zealand and United States armed forces.

Performers from the navy, army and airforce bands have together produced a version of the waiata Tūtira mai ngā iwi and posted it to YouTube.

The song's composer was Wiremu Te Tau Huata who was a New Zealand military chaplain to the 28th Maori Battalion. His whānau gave permission for the waiata to be used.

One of the drivers of the project was Staff Sergeant Bryan Andrews of the US Air Force Band of the Pacific.

He told Morning Report that his band usually travel all over the Pacific performing for various audiences. They were supposed to send a team to New Zealand in April but the trip was cancelled due to the Covid-19 pandemic.

The US embassy suggested the band perform the waiata online because it is so popular in New Zealand. He said band members shared his enthusiasm for the piece. 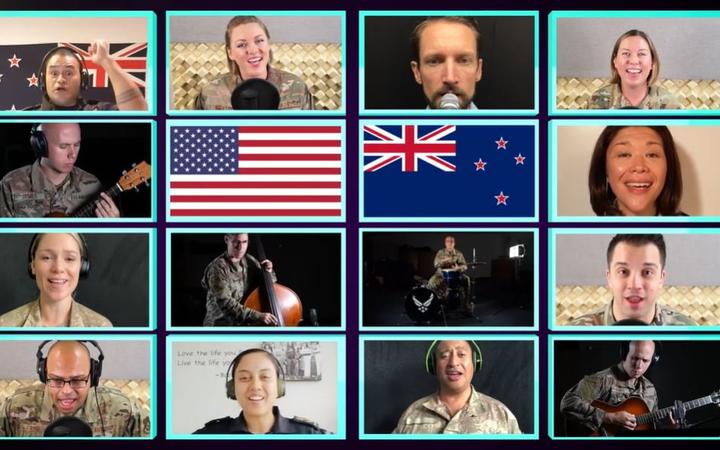 A screenshot of the performance of Tūtira mai ngā iwi. Photo: YouTube/Band of the Pacific

"It's so positive, it's so infectious, has such a good message and it's so catchy too so we were really happy about the opportunity to take the song that's so special to New Zealand and bring it to our American audience as well so that they could get a taste of it and get a sense of our long and enduring friendship."

Andrews said the main aim was to strengthen the ties between the two countries.

"So we set out to perform the song to just try to convey a message of strength in these trying times." 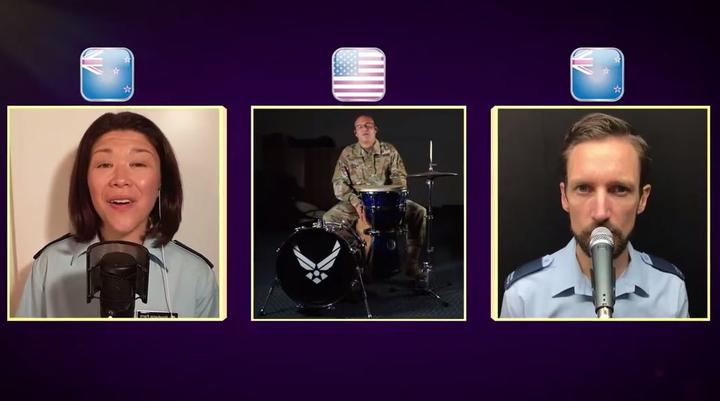 They needed help with pronouncing te reo correctly and this was provided by both Aaron Pau from the New Zealand Navy and members of the Huata family who also told them about its history and meaning.

"We are all in this together and the more that we can remember that and reflect on that the better off we'll be I think."