Māori celebrities and experts are giving online tutorials to help thousands of children keep up their reo Māori learning at home. 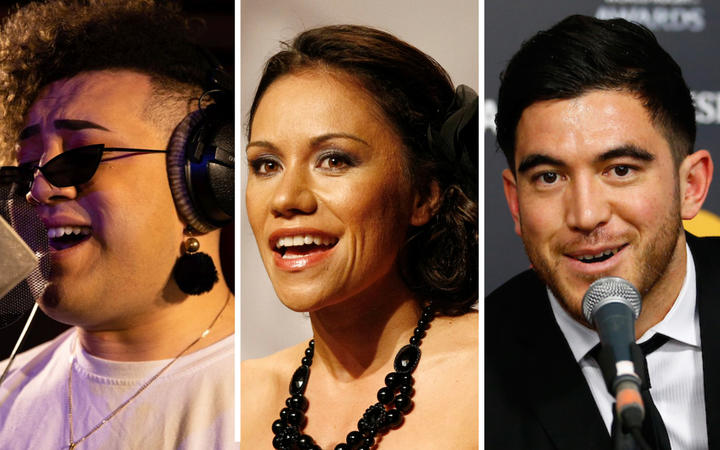 TV host Stacey Morrison, singer Pere Wihongi and former All Black Nehe Milner-Skudder are among those live streaming kaupapa Māori lessons as part of a new initiative on Facebook.

The lessons are all in te reo Māori and are streamed twice a day every week day on the new Kura Mō Ngā Mokopuna page.

Wihongi said he had a passion for teaching waiata and would have a treat in store for tamariki tuning in.

"Hopefully, I can include some Pipi Mā songs also some of my waiata that I have previously released that I know have had a trend with tamariki, like Kia Tika Rā," Wihongi said.

"I have my own nieces and nephews, I have always been quite engaging with tamariki and I can see the need for it now more than ever."

TV and radio personality Stacey Morrison will target her lesson to everyone in the bubble.

"We are going to do a whānau round of games so we can get active - also a bit of wero hinengaro," she said.

"We are currently writing an activity book so we will kind of incorporate that, just a couple of challenges, something the whole whānau can do.

"Because it is for the tamariki, but it is kind of an all in at the moment isn't it?"

The experts have scheduled time slots, and videos are streamed twice every weekday at 11am and 2pm.

The initiative was created by Massey University lecturer Te Ataakura Pewhairangi, who wanted more resources for Māori students during the lockdown.

"I am just absolutely blown away, we have had a very positive response," she said.

For his lesson, Māori astronomy expert Rangi Mātāmua got creative and built a scene with hills and the ocean out of stones. 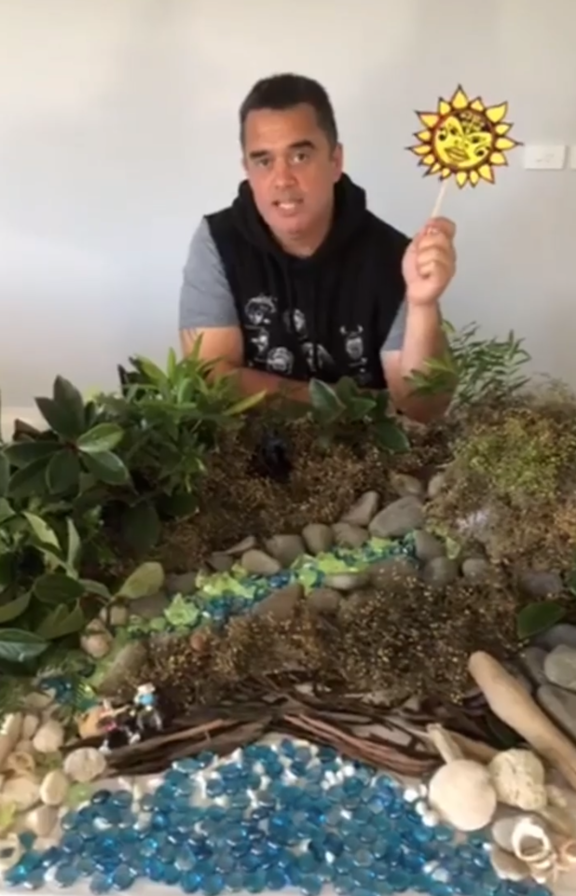 Māori astronomy expert Rangi Mātāmua got creative and built a scene with hills and the ocean out of stones. Photo: Facebook / Kura Mō Ngā Mokopuna

He also showed the viewers the trees, flowers and birds around his house.

"I really just wanted the kids to know, and those who were tuning in, that you don't have to go 100 miles somewhere to be in the environment. The environment is outside your door," he said.

"So we just looked at the plants and some of the animals that were outside the front door of the house."

He said these could be difficult and stressful times, especially for parents who were at home with their children.

"Parents are out trying to entertain and educate their children, and this is just a way that I can help and contribute to what I think is an awesome kaupapa."

Social media influencer Hana Tapiata said it was important for her to contribute, to give back to the kōhanga reo and kura kaupapa movements.

And she welcomed being involved in an exciting opportunity.

"There is a few cool people, I was looking at the line up and I am booked some times in my calendar to tune in," she laughed.

"I watched a few yesterday and yeah, really cool to see how the different whānau and people who I follow, how they have created something for our whānau."

The calibre of teachers is a daunting prospect for some, but Stacey Morrison said it was not about that.

"I said to another one of the kaiako who is very well regarded that it's not kaiako idol! You don't have to feel like you are under scrutiny," she laughed.

"We are just trying to offer something to other whānau korero Māori who are in need of different stimulation at this time."