In a world with no Covid-19, the roads to Taranaki would be full of mourners this Easter weekend. 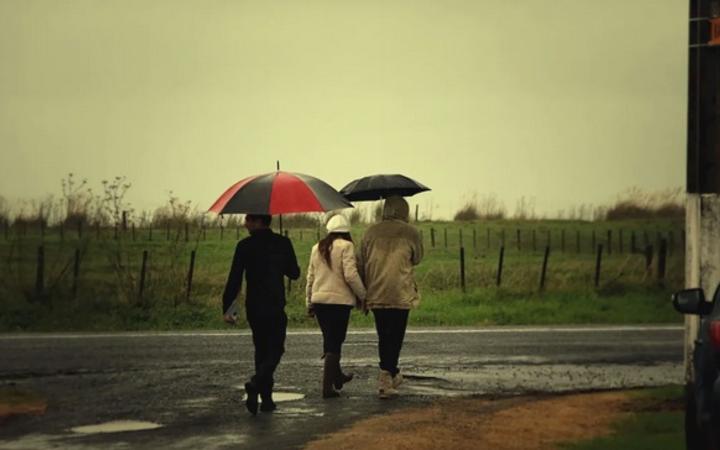 Iwi leaders, language exponents and politicians in full tangi regalia; black suits, pounamu neck pieces and prized gold capped shark teeth earrings adorning the taringa of kuia. In the rear window of their cars tokotoko (orators staff) and fedoras lay in wait for the tangihanga of the year, if not the decade.

And in Taranaki itself, hundreds would be gathering at the marae preparing - kaiwero and kaihaka training for an epic pōwhiri, haukāinga (locals) setting out chairs for the manuwhiri (visitor). The kitchen would be bustling with whole carcasses arriving from a hunt or a local butcher, teenagers would be readying themselves for their waitressing duties, someone would be sweeping the paths while the kapok gang set out the mattresses in the wharenui for the arrival of the whānau pani (immediate family).

But instead here we are inside these bloody bubbles, for the health and safety of our fellow countrymen while missing out on honouring one of our most revered and beloved rangatira.

An activist, trade unionist and visionary leader, Te Huirangi Waikerepuru was a founding member of Ngā Kaiwhakapūmau i te reo Māori. And while the group began as the Māori Language Board it soon became a movement agitating the Crown for the acknowledgement of te reo Māori as a taonga (treasure) and its entrenchment as an official language of New Zealand. Those wins led to the Māori Language Act in 1984 and later came Māori radio, print and television.

It is perhaps ironic that Huirangi, who in life relentlessly challenged the Crown to be a better Treaty partner would in death show it up again. This time for its lack of Treaty engagement, its failings to not trust Māori to perform tangi in a safe way.

The Crown with little consultation has asked tangata whenua to sacrifice one of its most fundamental customs, tangihanga.

There will be no hongi and harirū, no gathering for final karakia. Māori won't hear those carefully constructed karanga at the gates nor the witty whaikōrero, their ears will be deaf to the mōteatea, weeping and wailing from those at the foot of the casket.

The threat of coronavirus has rendered our marae silent.

While it's understandably for the benefit of all New Zealanders - it would have been an easier pill to swallow if Māori had been the co-authors of the prescription.

Māori health experts concur. Dr Elana Taipapaki Curtis in her open letter to the Crown wrote: "I would never support actions that would increase the spread of infection. But scientific evidence tells us that the deceased body is not contagious".

She said: "The key risk is that the tūpāpaku or the coffin could act as a surface where roimata, hupe and saliva may transmit the virus between mourners. But this can be managed under strict conditions that Māori - arguably all - funeral directors are adamant they can provide.

Journalist and te reo exponent Kereama Wright wrote on social media: "People criticising our Māori reporters for continuously questioning Prime Minister Jacinda Ardern around tangihanga protocol for Māori. Reality is, many whānau are being significantly impacted by these MoH guidelines. When at the same time, grocery stores around the country are full."

He went on to say: "Her response to that was the concern around whānau comforting each other, hugging, crying together etc. That's the Crown, once again, not trusting that we as Māori have the ability to safely navigate ourselves in our own spaces".

It is strange to think you can pop down to the boutique supermarket for tuna, tapenade and Twisties but tangihanga are all but outlawed

So while the world throws virtual bouquets at Aotearoa's leadership in the fight against Covid-19, many Māori will be feeling that once again the actions of the government have been more paternalistic than that of partnership.

This story was first published in the Aotearoa Media Collective.