Many Ngāpuhi hapū are unconvinced the Crown's renewed efforts to get its settlement back on track, and give new groups an opportunity to enter into negotiations, will work. 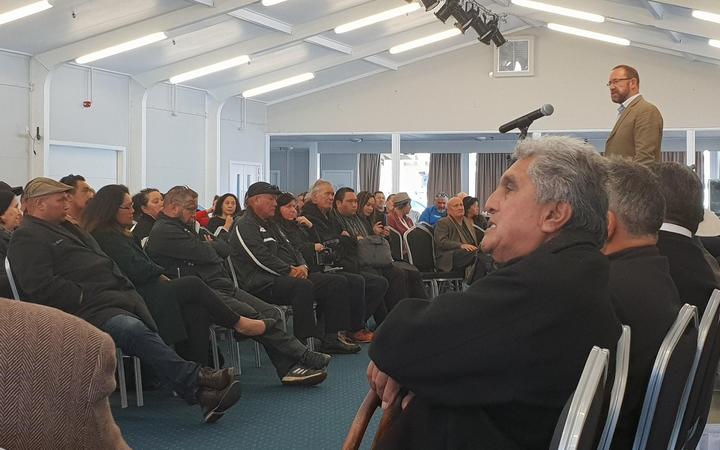 The government announced today it no longer recognised the mandate of Tūhoronuku.

Treaty Negotiations Minister Andrew Little said although the group had been recognised by the Crown as the mandated entity to negotiate the Ngāpuhi settlement in the past, it no longer had the backing of its people.

"It was pretty clear to me as Minister we weren't going to make progress with the current Tūhoronuku mandate," he said.

"We've put the feelers out to takiwā and other groups of hapū about getting their mandates. One thing I'm very clear about however is that issues that are common to every hapū of Ngāpuhi, issues like He Whakaputanga, the social and economic policies that have caused deprivation and the loss of te reo Māori, the Crown wants one conversation on those issues, not multiple conversations."

The move has been hailed by the government as a new opportunity - a fresh start - for takiwā and hapū to discuss how area-specific cultural redress should be negotiated, and what a new mandate process should look like.

But Te Uri Taniwha hapū representative, Hinerangi Himiona, said it was extremely frustrating, because that was what hapū had been asking for for years.

"Where's the apology? Where's the acknowledgement of the huge cock-up that was Tūhono and the evolved mandate process?

"It was obvious back then that Tūhoronuku was not going to take us to the place that we wanted to be as Ngāpuhi and he also could have begun talking to the hapū and the natural groups that we were and are and were prepared to become."

The evolved mandate model was rejected by 70 of Ngāpuhi's 110 hapū last year.

"The minister need not think that he's Santa Clause coming down the chimney on Christmas Eve with this announcement," he said.

"He has in fact given us four days notice of a hui that he's called at Waitangi. That tells me that the Crown's attitude hasn't changed. They think because they whistle that we, Ngāpuhi rangatira, will come running.

"It's when this Labour-led government starts showing respect for Ngāpuhi hapū rangatiratanga then I'll find some optimism."

Tūhoronuku stalwarts Sonny Tau and Hone Sadler both resigned as chairpersons from the group this year.

Sam Napia, also a former chairperson, said Tūhoronuku lost the backing of the iwi because it lost touch with the people at the grassroots.

"Where we went wrong is we became out of touch with the hapū and grassroots of Ngāpuhi.

Treaty Negotiations Minister Andrew Little intends to meet with hapū and takiwā over the next six months.

Ngāti Hine chairperson Pita Tipene said many hapū had already been mobilising to be in a position to negotiate with the Crown.

"Ngāti Hine's position is that we are moving ahead with our nine hapū as a large natural grouping and that is why we have gone out on the road and started talking to our people, with or without the support of the government.

"Other large natural groupings are starting to emerge and people have been working away in the background."

But he wasn't not holding his breath that this renewed effort by the Crown would get the settlement back on track.

And he has a word of warning for the Minister this time around.

"Do not continue to do what the government has been doing for the last 10 years, which is to dictate to Ngāpuhi how we should configure ourselves and move forward together."

The government is also considering establishing a new Ngāpuhi sovereign investment fund to help provide assets, which could be used in any agreement for redress with Ngāpuhi.