Resistance appears to be growing in the Far North to a new proposal to negotiate Ngāpuhi treaty claims. 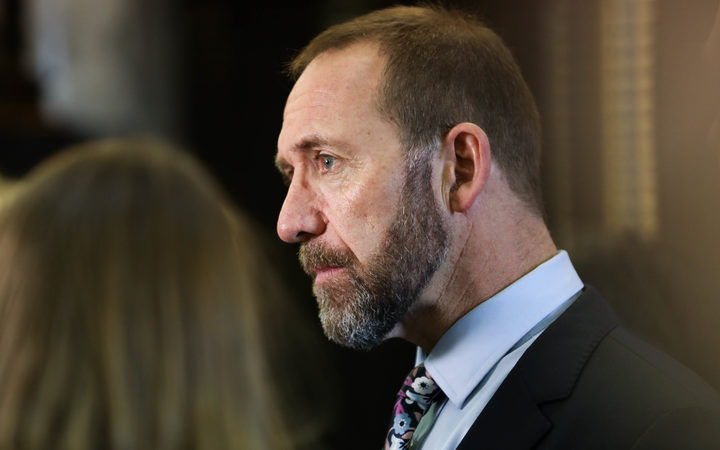 The Treaty Negotiations Minister Andrew Little has been working for months to break the deadlock over settlement.

But eight hapu in the past week have publicly rejected his latest version of mandate model.

The Waimate hapu Te Whiu and Te Wahineiti said they rejected the proposal in its entirety.

"We conclude that the proposal is sloppy work. It... appears to deliberately withhold information on certain key issues. It is half-baked and it is presented with technical and administrative ineptitude," he said.

The Minister's working group, made up of Ngāpuhi leaders from both sides of the mandate divide, lawyers, and advisors from the Office of Treaty Settlements, will complete a third round of hui around New Zealand and Australia this weekend.

The proposal they've come up with would see the Crown negotiating cultural redress for Treaty breaches with six regional hapu groupings, or taiwhenua.

That would include the return of land and other crown properties, along with funding to set up regional governance bodies.

But the commercial settlement (i.e the cash) would be negotiated by one central Ngāpuhi body and held by a single post-settlement iwi entity.

For many of Ngāpuhi's 100-plus hapu, including those in the hapu alliance Te Kotahitanga, that has been the sticking point all along.

They want the quantum negotiated on a regional basis as well, with the five or six taiwhenua then deciding how much to allocate to a central pot, controlled by their representatives.

Mr Napia's letter to the Minister also signed by the rep for a second hapu, Te Wahine-iti.

The Waitangi Tribunal found the Crown should not have accepted the original plan known as the Tuhoronuku mandate, to drive the settlement.

It found the mandate did not truly represent Ngāpuhi's many hapu and said the mandate should be strengthened or evolved to recognise hapu rangatiratanga.

But Sam Napia said the new mandate plan didn't do that.

"This isn't mandate evolution at all. It's changing the cladding of a whare without addressing its structural deficiencies and then disingenuously proposing that the leaky edifice has been remediated. This is Tuhoronuku...in drag."

The Minister's mandate roadshow is now into its third round of hui - trekking up and down the country and even in Australia, seeking a solution to the impasse.

The Waitangi Tribunal said the Crown's recognition of the Tuhoronuku mandate had pre-empted the right of hapu to form their own natural groupings to settle their claims.

The Crown's policy is to settle with large natural groupings, and the Minister Andrew Little has said it would be impractical to deal with more than a hundred hapu.

But that was not what has been proposed, according to another hapu kaikorero, Hinerangi Himiona.

Hapu were quite capable of negotiating settlements in the same natural groupings that presented claims to the Waitangi Tribunal or in some cases single sub-tribes, she said.

"You know Ngāti Hine (for example) is a huge hapu of Ngāpuhi compared to our three hapu - who would probably collaborate witrh our other neighbours to form a natural grouping. And this is one of the things: Ngāpuhi has not been a large natural grouping for at least 200 years."

Sam Napia said the Tribunal had emphasised that hapu must have the right to pull out of the Tuhoronuku mandate and pursue their claims separately.

But he said they were now being told by the Minister and his officials they had to accept the new mandate structure before they could exit.

" It's like the Hotel California - you can check out, but you can never leave," he said.

"It's Catch 22... a form of policy blackmail. Like...sure you can withdraw under our proposed mechanism but you have to vote for evolved mandate first."

Mr Napia said hapu were not being told that if they did withdraw from the mandate, the Crown was obliged to protect their interests pending any future negotiation.

In the Bay of Islands, two more hapu have told Andrew Little they categorically reject the new mandate proposal.

Ngāti Kuta/Patukeha said it was pleasing that the Crown was now willing to negotiate cultural redress with six regional groups.

But spokesperson Shirley Hakaraia said there was no way hapu would ever trust a central board with their economic future and that the commercial settlement must also go to the regional groups.

"I mean it's been done in other rohe like Kahungungu. Why not Ngāpuhi?

"It's not like we're inventing something new. It has happened. We are adamant we're not going to be bullied or urged into this model."

The Crown, and Tuhoronuku have warned that splitting the quantum would be diminish the iwi's economic clout and would also be problematic given that the majority of Ngāpuhi people live outside their ancestral rohe, and have no links to their hapu.

But the opposing hapu say they would take responsibilty for reconnecting and supporting urban whanau if they were resourced to do so.

Earlier this week another significant Bay of Islands hapu, Ngāti Manu also gave the thumbs down to the crown's proposed settlement model.

Two of its more prominent whanaunga are cabinet Ministers Kelvin Davis, and Nanaia Mahuta, through her mother's people.

Ms Mahuta has no land or other interests in the hapu's claims and declined to comment.

Kelvin Davis's office said he had a conflict of interest as a Minister and hapu member and would not be commenting.

Hinerangi Himiona wishes to make it clear that although Ngatiruamahue is one of her hapu, she does not formally represent it, and did not intend to give that impression in this story .