Ngāpuhi hapū will head back to the Waitangi Tribunal if Andrew Little insists on a single settlement for the whole iwi, a hapū leader says.

The Treaty Negotiations Minister is heading north this weekend to report progress in talks over Ngāpuhi's long-running mandate dispute. 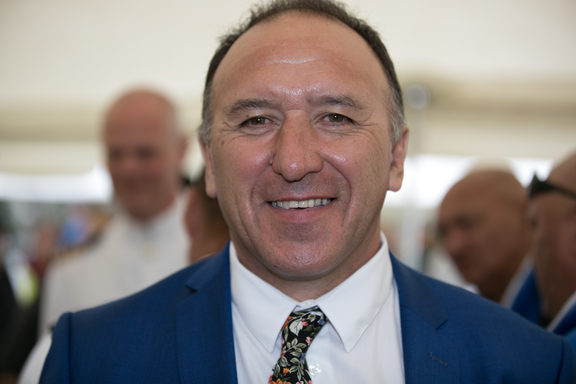 "The Waitangi Tribunal made some really clear recommendations in 2015 and they cannot be ignored."

Mr Tipene is one of four Ngāpuhi leaders who have been meeting with Mr Little since March to resolve the row over who represents the hapū, and who should negotiate a settlement.

He and Hokianga spokesman Rudy Taylor have spoken for the hapū alliance Te Kotahitanga, whose concerns over the mandate were upheld by the tribunal.

Tuhoronuku, the board whose mandate was accepted by the former National government, has been represented at the talks by its chair Hone Sadler and the rūnanga chair Raniera Sonny Tau.

Tuhoronuku favours keeping Ngāpuhi's commercial redress in one package to maximise the iwi's economic power, while the hapū alliance wants six settlements based on natural groupings in the north.

Mr Tipene said the government's insistence on one settlement was driven by political expedience.

"They just want it quick and dirty; they don't really care about the people up here and they are prepared to ride roughshod over them again, and the people aren't going to accept it," he said.

Mr Little has said he was not prepared to let "one voice" hold up the Ngāpuhi settlement.

But Mr Tipene said that was disingenuous.

"The minister knows that mine is just one of a whole lot of voices and many people who disapprove of the path this is taking," he said.

Turnout at Mr Little's hui in the north this weekend could be low because the minister had given people only a few days' notice, Mr Tipene said.

Treaty Settlements Minister Andrew Little said it was decision-time for Ngāpuhi because opportunities were being wasted while leaders debate the framework for negotiations.

"It is decision time now, because if we don't get something sorted out and this is just about getting an agreement so we can get negotiations underway, we're not even negotiating anything at the moment, otherwise ... more kaumātua will pass on, the burden of the herd and the harm will carry on," he said.

The overwhelming messages he received were from people who were frustrated with the disagreements, Mr Little said.

"One of the overwhelming messages I'm getting is with people saying they are just sick and tired of the division, the bickering, the fact that leaders - generation after generation - cannot reach agreement."

"It's not just younger people saying it, it's some older generations as well."

The effects of the long process were sheeted home this month when Ngāpuhi lost out on eight orchards, which would have provided land and a business asset, he said.

"It turns out that another iwi in another part of the country actually has first dibs on it," he said.

"That's all because that other iwi got their treaty settlement 10 or so years ago, have got their act together. Ngāpuhi, after 20 years of trying, still doesn't have their act together because people just disagree, and there's opportunities that slip through their fingers."

Another issue that was causing delays he said was the majority of Ngāpuhi population - third and fourth generation - lived outside their rohe.