The Waitangi Tribunal has been urged to broaden the scope of its inquiry into Oranga Tamariki to also look into the role DHBs and police play when Māori babies are removed from their whānau.

The Waitangi Tribunal will investigate whether Crown legislation, policy and practice in regard to the removal of Māori children from their families are consistent with the Treaty of Waitangi. Photo: RNZ / Dom Thomas

It is the fifth inquiry to arise following the ministry's attempted taking of a week-old baby from a Hawke's Bay mother in May.

At a judicial conference in Wellington yesterday, the tribunal met with lawyers and claimants to discuss the urgent inquiry's scope and timeframe.

David Stone, the lawyer for the midwife at the centre of the Hawke's Bay case, likened the issue of Māori babies being taken by the state to an octopus - Oranga Tamariki being just one arm of a wider, systemic problem.

"We can't look at just one of the arms of this octopus, we've got to go for the head.

"We need to look at all those arms of this octopus if we're to actually address the underlying issue before this tribunal."

Mr Stone rejected a notion from Judge Michael Doogan that including a multitude of agencies in the inquiry was steering towards the territory of a kaupapa inquiry, rather than an urgency inquiry.

"We are of the opinion that we can look at those agencies in a targeted way. We don't have to uncover and turn over every leaf and every stone here," he said.

"I think we can be quite specific in terms of what it is that we need to look at, so we can look at these government departments without taking years to do so."

The Waitangi Tribunal will investigate whether Crown legislation, policy and practice in regard to the removal of Māori children from their families are consistent with the Treaty of Waitangi.

Mr Stone told the tribunal it must look at cases from as far back as the 1970s.

"I would be personally uncomfortable if we don't or if, as a result of our work, we leave behind those people from the '70s who have gone through the exact same thing that people are going through today."

Crown lawyer, Cameron Tyson, told the tribunal that the inquiry should focus on cases from 2017 - when Oranga Tamariki replaced Child, Youth and Family.

"There's obviously the question of what can be addressed under urgency and what is the most pressing issue that needs to be addressed," he said.

"The Crown understands that present issue are the current policies and practices, what is happening in the here and now. The other point to make there, of course, is that there has been a significant overhaul of the system in the past few years."

But Judge Doogan was critical of the two-year timeframe, and the extent to which Oranga Tamariki had changed its practices since the Children's and Young People's Well-being Act 1989. 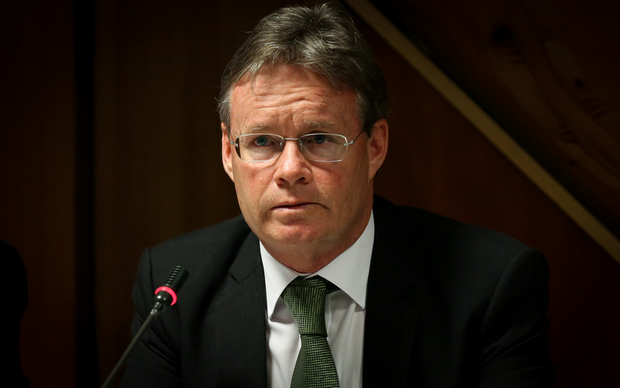 Midwife Jean Te Huia also urged the tribunal to broaden its scope to include agencies outside of Oranga Tamariki.

In May, she was locked out of Hawke's Bay Hospital while Oranga Tamariki social workers and police tried to remove a newborn baby from its mother.

"Clearly the Hawke's Bay DHB were in breach of their roles and responsibilities not only to the mother, but to ourselves as midwives," she said.

"There is an inter-agency collaboration and it gives them the power to then take that newborn baby without any consultation whatsoever, and that needs to stop."

Claimant Rawiri Karena, who spent 12 years in state care as a child, was optimistic the urgent inquiry would shine a light on institutional racism in the state care system.

"What we're really highlighting is the insidious nature of institutional racism, so it's about exposing that and bringing that to the fore, and really bringing about transformative change, even to the point where we remove Oranga Tamariki."

Māori are hoping the intense scrutiny of Oranga Tamariki will create meaningful change for their tamariki, who make up more than half of all children removed from their families by the state.