The government and Auckland Council are being told they can't just wash their hands of the Ihumātao land dispute. 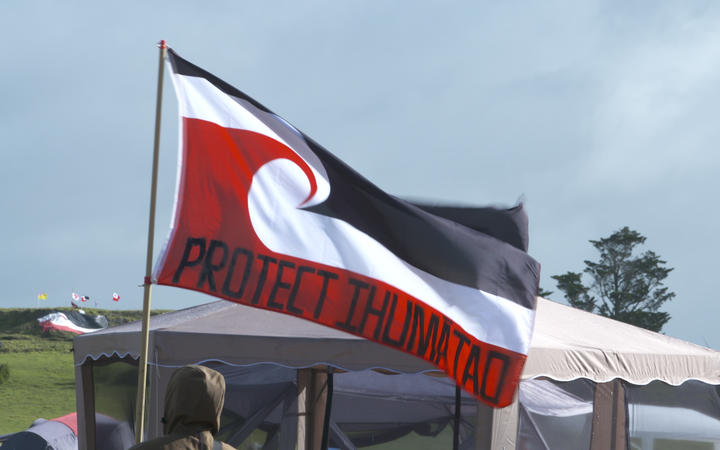 Mana whenua want the contested land returned, but both the council and the government have signalled it's not their problem to fix.

Leading Māori academics are challenging that - they say the council and the government played a big role in creating the dispute, and they must be prepared to sort it out.

Kiingi Tūheitia is calling on the government to cut a deal with the site's current owner and developer, Fletcher Residential, to return the land to mana whenua.

Neither acting Prime Minister Winston Peters or Auckland mayor Phil Goff have committed to that.

But Māori political commentator Rawiri Taonui says they should.

"Phil Goff has described this as a Māori problem that the Kiingtanga should sort out but Auckland benefited to the tune of an estimated billions of dollars in real estate and industry on confiscated land in south Auckland and they owe mana whenua something." he said.

The land, which is near Auckland Airport, was taken off Māori by the Crown in 1863.

"Those actions are directly responsible for the situation that we are seeing today and the Crown and the council have to front on the solution."

But Mr Peters maintains that Ihumātao has already been subject to Treaty settlement and he's not accepting it has a role to play right now.

"We don't wash our hands of anything, but what we aren't going to do is get inveigled into a consultation that imperils every other decision that has been made in respect of the treaty of Waitangi settlements."

The National Party is using the dispute to get one up on the government.

Today, in the house, National Party MP Nick Smith fired questions at the Māori Development Minister Nanaia Mahuta about whether she agreed with the Māori King.

"Will the Minister visit the site and meet with the protesters?" Dr Smith asked. 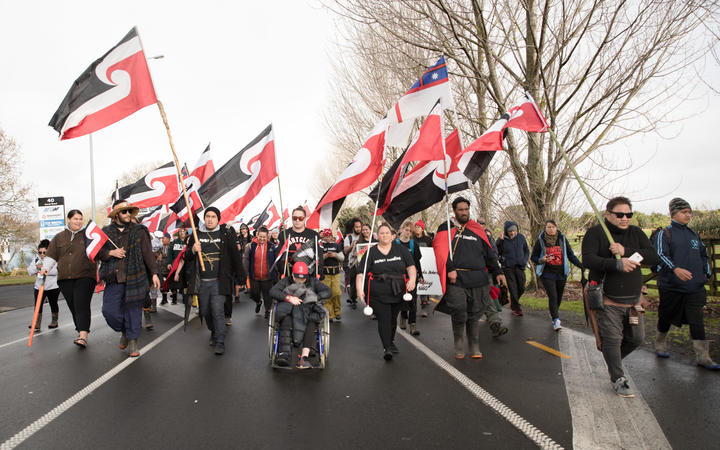 Nanaia Mahuta responded: "I think the member fails to recognise that I have connections to that area, I don't need to visit a site to know that the rubbish that they created in trying to ram through development without the support of the local community has proven to be a problem and we have to sort out the mess that he started."

Treaty expert Carwyn Jones said the Crown has played a role in causing the dispute and it does have a responsibility to help find a solution.

He said their fears of setting a precedent if they negotiate with Māori after settlement are overblown, and the settlement process does not mean the end of their obligations to Māori.

"That rhetoric that gets used in the public I think is quite dangerous and does suggest the idea that this is the end of relationship and we don't need to think about this anymore, it's a little bit concerning to see this rhetoric coming to the fore again" Mr Jones said.

SOUL protesters said the Auckland Council rushed through granting Ihumātao special housing status and disregarded mana whenua - so it can't sit this out either.

But Mr Goff has labelled this a treaty matter and said the council has already done its bit to help.

"We won't be spending 40-million on buying that land. We have already bought and made available for the public and for Māori alike, for perpetuity, ninety-two hectares of the key heritage, historical and geological land. It's called Otuataua Stonefields."

Dr Taonui said the only way he can see the land returning to Māori is if everyone pitches in money - including council, government, Fletchers and maybe mana whenua.

But he said it would only work if the land was kept as an open space for all New Zealanders.

"Looking at the political realities, if the Crown was to say, buy the land and then just return it to mana whenua that might be seen as a step too far in terms of Labour being conscious of a Pākehā backlash."

Today, the government announced it bought the former house of Kate Sheppard for $4.5 million.

The news raised several eyebrows among Māoridom - some questioning if the same could be done for Ihumātao, but Mr Peters said it was totally unrelated.

Prime Minister Jacinda Ardern will be treating Ihumātao discussions with a hands-off approach while she is overseas.

Speaking to journalists from Tokyo, Prime Minister Jacinda Ardern said the government does see there is a role to be played.

"Ultimately those are discussions whilst I am here, I have an expectation that Ministers in New Zealand will be picking up those issues."

She said she had great faith in the process that Kīngitanga went through and what they have presented on behalf of the mana whenua.

"Alongside Kīngitanga we are very committed to helping see a resolution, she said.