Two Rotorua iwi have signed an agreement to end an historical dispute over the land where the Pink and White Terraces once stood. 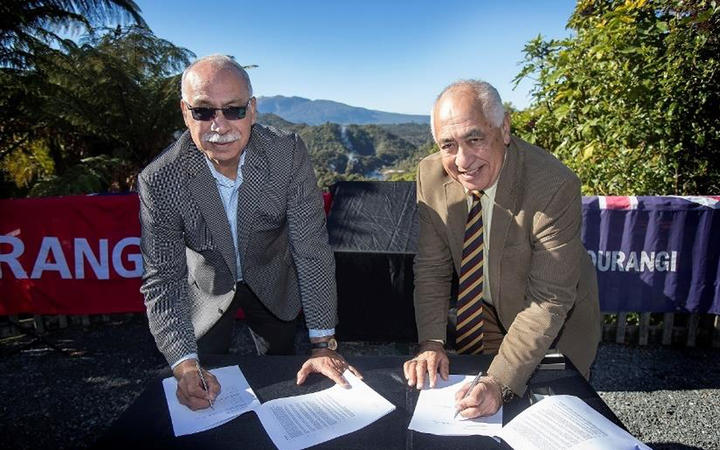 The Deed of Undertaking was signed by Te Mana o Ngāti Rangitihi Trust and Tūhourangi Tribal Authority at the Waimangu Volcanic valley yesterday.

For Tūhourangi, it is an opportunity for land that wasn't previously available when it was settled with the Crown in 2009 to be returned, and for Ngāti Rangitihi to resolve the overlapping claim issue it has with Tūhourangi.

The two iwi will negotiate a settlement with the Crown for the Waimangu and Otūkapuarangi Land, which borders part of Lake Rotomahana.

Te Mana o Ngāti Rangitihi Trust chairman Leith Comer said it was about putting the mamae (hurt) of the past behind them, to regain ownership of the land. 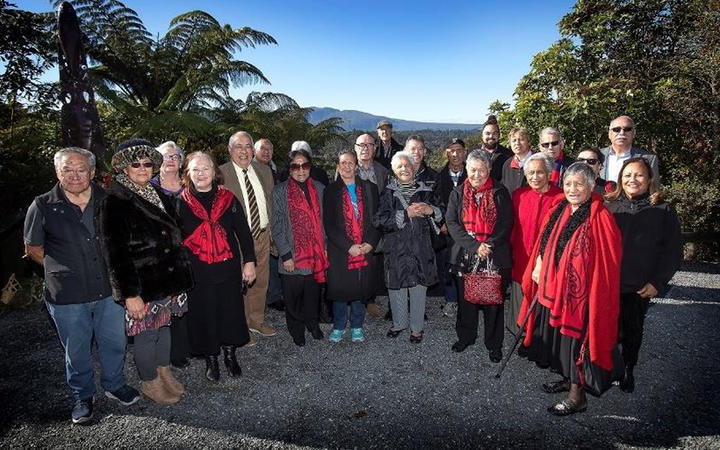 Tūhourangi Tribal Authority chairman Alan Skipwith said the agreement marked an important chapter in the relationship between the two Iwi.

"For us, it represents recognition between our two Iwi, of the strong whakapapa hononga and our shared whenua interests at Tarawera," Mr Skipwith said.

"Importantly we are able to accept and respect each other's differing stories about our historical existence at Tarawera.

"We are excited to be moving ahead together to ensure these culturally significant lands return to the hands of Tūhourangi and Ngāti Rangitihi, so that future generations can reconnect with their tribal lands."

The Pink and White Terraces were the eighth wonder of the world before they were destroyed in a volcanic eruption in 1886.

Mr Comer said that while the iwi still didn't agree on who holds mana whenua in parts of Tarawera, they agreed that the land should be in iwi ownership and not in Crown ownership.

Should the land be returned, it will be jointly managed by the two iwi under a new organisation.

Ngāti Rangitihi and Tūhourangi already jointly own Waimangu Volcanic Valley limited, an eco-tourism business south of Rotorua, where tourists can visit the steaming volcanic crater lakes of the valley.