Parliament has passed the third and final reading of a landmark bill that gives Ngāti Porou greater rights to marine and coastal resources. 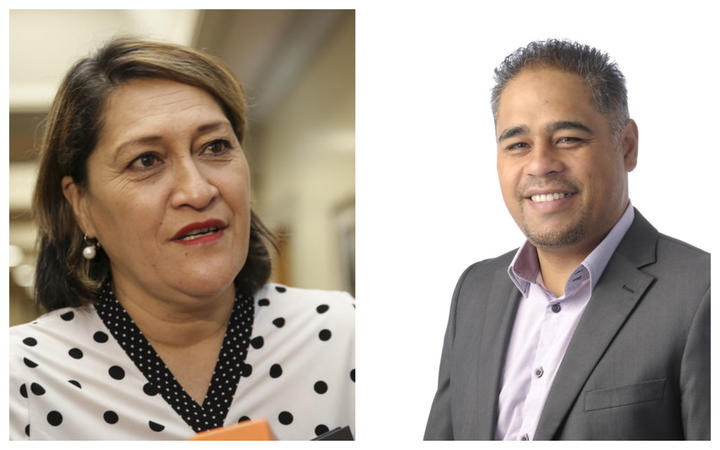 MPs Meka Whaitiri, left, and Peeni Henare say the signing of the first bill under the Marine and Coastal Area Act is significant for Māori. Photo: RNZ / Supplied

Ngāti Porou hapū members were at Parliament today to sign the first-ever bill under the Marine and Coastal Area Act.

It's taken 16 years of negotiations for the iwi to get the Ngā Rohe Moana o Ngā Hapū bill over the line and after it was passed the sound of more than 100 Ngāti Porou descendants in waiata resonated throughout the debating Chamber.

Labour MP Peeni Henare told the House that it is a significant piece of legislation and acknowledged leaders of the iwi who contributed to the negotiating of the deed, especially Apirana Mahuika, who died in 2015.

Ikaroa-Rawhiti Labour MP Meka Whaitiri said it was a momentous occasion for her rohe.

"It's indescribable, it is huge, it is amazingly significant. Ngāti Porou is the first cab off the rank not just under the Takutai Moana but really the genesis of the Foreshore and Seabed Act when that came about. Ngāti Porou went full force into ensuring that their hapū along their coastline in terms of the foreshore and seabed was protected. This has been a 16-year journey."

She said the bill means iwi also gain title over significant parts of the coastline and customary rights such as protection of wāhi tapu.

The bill means groups will have to get iwi approval for resource consent applications and will put more control of their own future back into the hands of Ngāti Porou and the generations who follow.

The Marine and Coastal Area Act, otherwise known as the Takutai Moana Act, came about following widespread protest against the Foreshore and Seabed Act in 2004.

Earlier in the day, before the bill was officially passed, the legislative chamber erupted into the Ngāti Porou anthem, Paikea, as iwi members signed a relationship accord as part of the bill.

Ms Whaitiri said the accord will mean the Crown will always be accountable to upholding the settlement.

"Ministers of the Crown will meet annually to ensure that legislation is being enacted with hapū rights and interests in those coastal areas are being protected. It also enables not only customary but the commercial exploration if they choose to go down that road. It returns the mana back to the hapu who signed up to this legislation."

Ms Whaitiri said 47 of the 57 hapū signed the settlement, but said the door was still open to those 10 remaining.