The number of Māori employed by DHBs must double in the next 15 years if it's going to meet the needs of the country's most vulnerable people, according to a recent report by health workforce development agency Kia Ora Hauora. 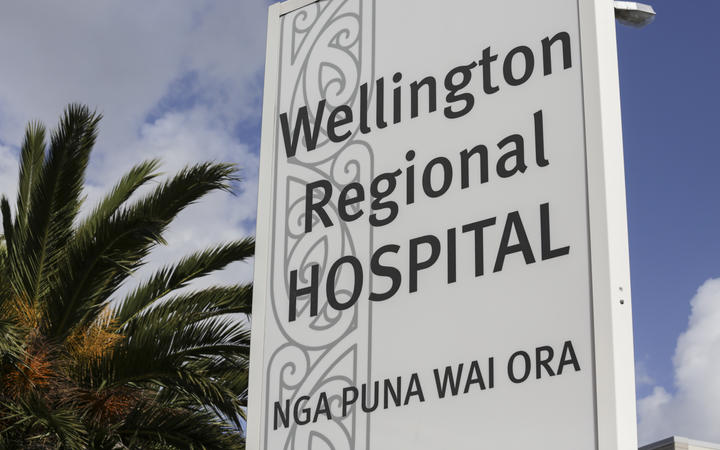 That was the impetus for a student tour of Wellington Hospital's simulation centre, which sought to inspire the next generation of Māori doctors.

Among the many fascinating things at the centre was a life-size air ambulance, which swayed and jolted like a real plane would in turbulent skies.

It was the first time on a plane for the Porirua College students who went along, and the first time any of them had helped to transport a distressed, vomiting patient to the nearest hospital.

About 60 young Māori spent the day there learning how to recognise medical tools and injuries, and keep scared, vulnerable patients calm.

It was especially inspiring for school student Tatiana Sio Smith, who wanted to work in the mental health sector one day.

"There's so many teenagers who have mental health problems that we don't even know about," she said.

"I just want to help them when I'm older, help them through their times, because I've been through it [and] I'm going through it and they just need all the help they can get."

A report commissioned by Capital & Coast DHB, and led by Kia Ora Hauora, estimated 91 new Māori health professionals needed to be employed each year until 2023, to achieve population parity based on current workforce numbers.

Māori currently make up just 8 percent of the health workforce.

Jason Kerehi, the general manager of Māori health at Wairarapa DHB, said it was crucial more Māori entered the industry because whānau were more likely to engage with them.

"When whānau are sitting opposite to someone who looks like them, talks like them and thinks like them, then they are more likely to respond in a positive way and deal with their own health," he said.

"That's the whole point. If you're a Māori health professional, doesn't matter if you're a dentist or a doctor, you might be the catalyst to help somebody take care of their own health and become better."

But Leigh Andrews, the central region coordinated for Kia Ora Hauora, knows it's not always easy for Māori to enter the sector.

"Low decile schools, for example, they don't have the resources to be able to entice them into sciences. A lot of kura don't have te reo speaking science teachers," she said.

"And then there's a lack of belief as well sometimes. Thinking that I'm not rich enough or I'm not smart enough, when in fact all you have to do is go to uni, turn up and just keep going." 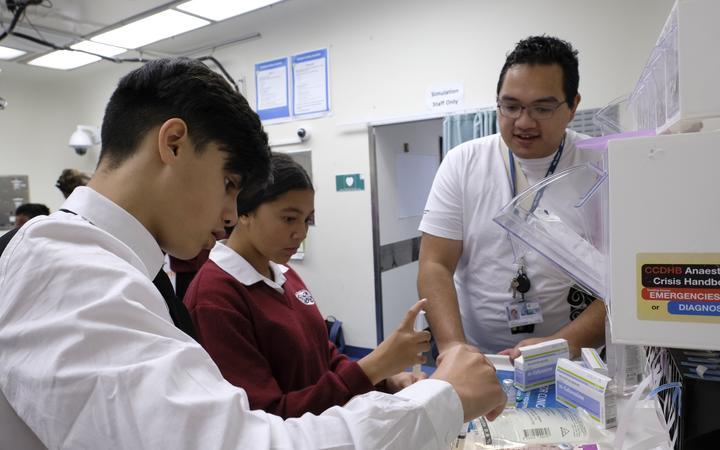 It was a busy day for the new recruits, checking heart-beats and respiratory rates.

But they had plenty of help from Māori medical students like Jared Smiler.

He knows how important it is for rangatahi to see and learn from him too.

"Seeing other Māori doctors and other Māori health workers around gives you motivation. If they can do it, then I can do it," he said.

He certainly left an impression on Ms Sio Smith and her school mates who now know it is possible to be a Māori health professional.

In a few more years he'll join other Māori entering the industry, and hopes to use his skills to give back to his Kahungunu people.