Master waka builder and navigator Sir Hekenukumai Busby has been laid to rest in the Far North. 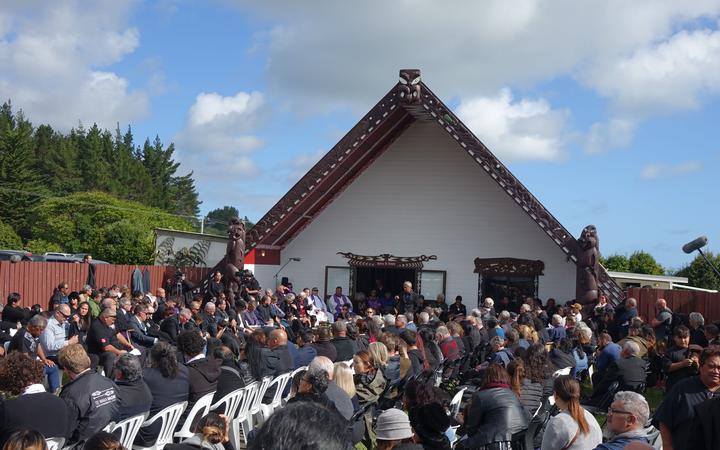 Thousands have attended the tangihanga and his final service was held today at his marae in Pukepoto just outside of Kaitaia.

The sound of the pūtātara (shell trumpet) and the voices of kaihoe (paddler) followed Sir Hekenukumai Busby out of Te Uri o Hina marae on the shoulders of his whānau.

Those who spoke at the service included his son, long-serving student and friend, Stan Conrad and his Hawaiian comrade, Nainoa Thompson.

Mr Conrad thanked his mentor for everything he had given him but also used the opportunity to poke fun at his use of words which had everyone laughing.

"But the hardcase thing I used to enjoy - he had a forte of language.

"He left school at fourth form and he never had this list of beautiful Pākehā reo but he will have a go at it. I can rattle off a few things he would say apparently, he would use apparently in just about everything.

"Another thing he would always use is that's buggered." 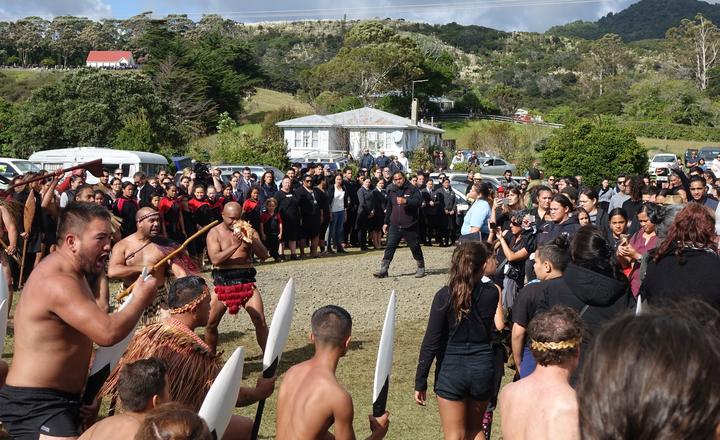 A crowd gathers to wait for the coffin to be brought out. Photo: RNZ / Māni Dunlop

A lot of the kōrero over the past few days has been about the legacy he leaves behind in celestial navigation and waka building and a lot of the unfinished mahi he wanted completed.

The chair of the marae committee, Hone Matthews, said he was a practical man who also left a long list for the marae.

He said they managed to tick off the list, revitalising the maihi and amo [the carvings] on the wharenui which Sir Hek carved many years ago, just in time for his tangi.

"It was so beautiful to see Uncle Hector when we brought him in here he was so overwhelmed just to see how beautiful it looked in the new state.

"It was just two weeks ago, it was a moving moment for all of us as a whānau who were here with him at that time and now he has brought us back here on this big test for the whole country."

Mr Thompson, a lead voyager from Hawaii and good friend to Sir Hek, travelled to the funeral to thank the man he said was like a father to him.

He described Sir Hek as a man of extraordinary faith who had very strong beliefs and fiercely fought for them. 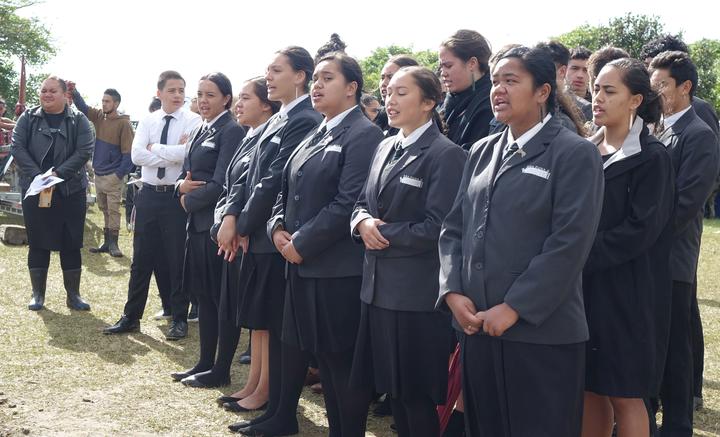 At the tangi Mr Thompson said they had named a star after Sir Hekenukumai.

"It is a very special star. It's in the tip of the fish hook of Maui that he used to pull the islands out of the sea to give us life as Polynesians. It's a fitting star. He's the great navigator he is pulling islands from the sea, he is the bridge builder, he is connecting us.

"Aotearoa that particular star never sets; it's up all the time so he will be with us all the time when we are in the southern oceans."

Sir Hekenukumai was buried next to his late wife, Hilda Busby, at his cemetery Rangihaukaha, up the hill across the road to the marae. 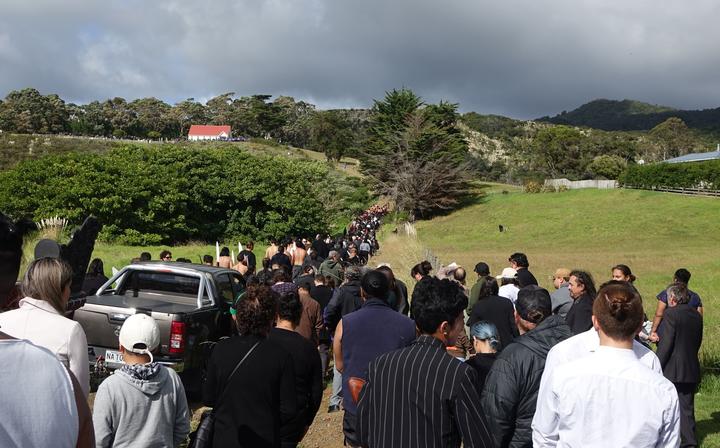 The procession up the hill to the cemetery. Photo: RNZ / Māni Dunlop