More than 2000 people are expected to arrive in the small settlement of Pukepoto for the final farewell to master navigator and carver Sir Hekenukumai Busby. 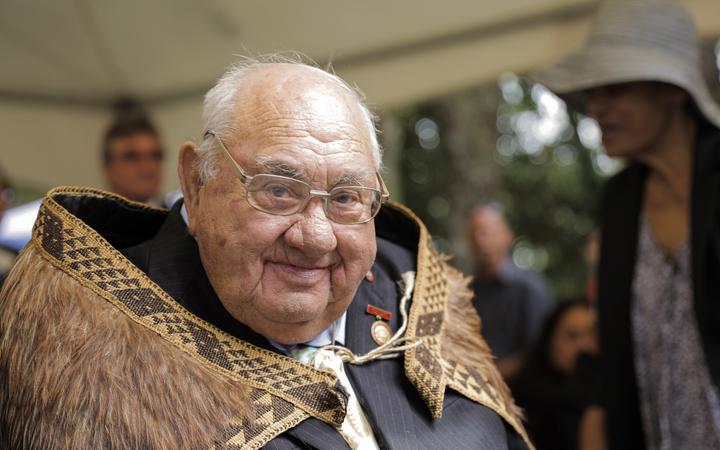 He died on Saturday at the age of 86 and his karakia whatamutunga will take place later this morning at his marae in Pukepoto just outside of Kaitaia.

As dark fell last night people were still being welcomed on to Te Uri o Hina marae to pay tribute to Ta Hekenukumai Ngaiwi Busby, while ringawera worked into the night preparing to feed the those expected at today's tangi.

And just before dark the waka Te Ika a Maui, also known as mokopuna, was being decorated in preparation to take him to his final resting place.

One of his long-serving students of more than 40 years and kaihautu of Ngatokimatawhaorua, Joe Conrad, describes the waka as well suited for this occasion. Its hull is made from a part of the first waka hourua, Te Aurere, Sir Hek ever built and has led to many expeditions. 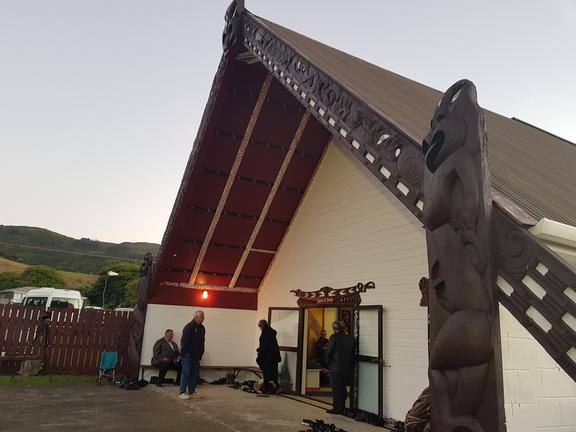 "He always had a soft heart for mokopuna. The reason he named it Te Ika a Maui is because it belonged to no-one and that waka could travel wherever it wanted to go. It's taken us to America, Spain, to London, all over the world and it was the appropriate waka for me to give him his last trip home."

Joe Conrad remembers Sir Hek as a man who knew what he wanted and a perfectionist who leaves an amazing legacy.

"Nothing stood in his way, he did it whether you liked it or not, I love him very much and miss him heaps..."

He says he and other students will continue his mahi.

"When I spoke to him last he was talking about 'boy, pouri ana ahau, I don't think I will be able to finish what I started' and I said your mahi on this Earth has already been completed, we just have to carry on and finish what you started because our journey will start again after you hand down the reigns to us."

Since Sir Hek has been lying in state in the wharenui, Hohou te Rongo, which he carved, hundreds have made their way from around Aotearoa to say goodbye.

Many have shared their stories on the pae and expressed their gratitude for his knowledge.

Another of his long-serving students, Tip Reedy, travelled from Wellington.

He said he saw Te Aurere, the first double hulled waka Sir Hek carved, moored in Wellington harbour many years ago and became a student from that day.

"I happened to be there passing by and I saw this beautiful waka and I just sat there for three hours. He went to a hui and when he came back I was still there and said 'you are a reedy aren't you' he said to me jump on board and have a look.

"He taught us everything about building the waka, rigging the waka, sailing it by the stars, crewing it. Part of our training was sailing it around the North Island, we did it three times with him as the skipper until he was happy we developed enough skills to sail it ourselves."

He said Sir Hek had ensured his knowledge and work in waka building and navigation would be carried on.

"He was such a gifted giver and he wanted nothing in return which makes him such a great person." 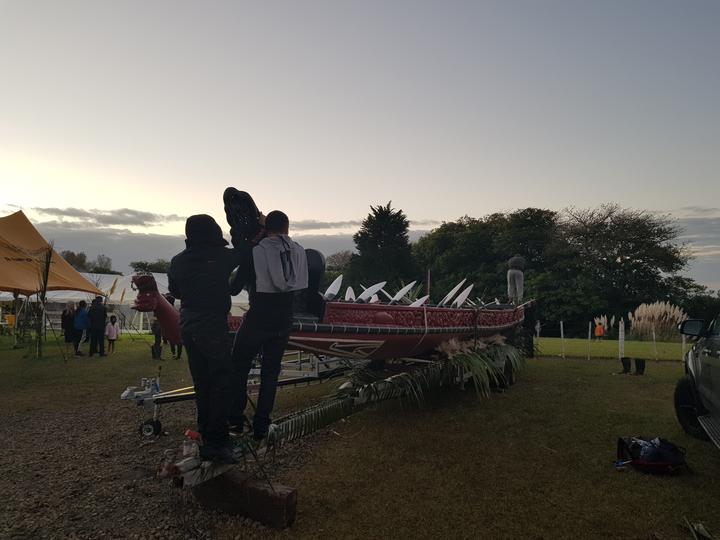 The waka Te Ika a Maui was being decorated in preparation to take Sir Hek to his final resting place. Photo: Photo / Mani Dunlop

First MP Minister Shane Jones had known Sir Hek since he was a young boy and described him as hard-working and practical, who had a love for ahurea Maori.

"Today they [kaikorero] compared Hek Busby to Te Rangi Hiroa (Sir Peter Buck) in that they joined parts of the Pacific together in a spirit of kinship but also pointed out that Hek has left a profound legacy behind and he has trained a whole new generation to perform their navigational skills and brave the elements and prove they can get home safely on the ocean."

One of his many legacies is the waka presence at Waitangi Day celebrations and staying out of the politics.

"Hek had no time for iwi mana munching, he was largely disinterested in Treaty claims but he was a creature of the Treaty, just look at his name.

"He would have brought thousands of young people to Waitangi over the last couple of decades training them in the waka and given them a sense of purpose at Waitangi while us politico's were stirring the dust."

Sir Hekenukumai will be towed in his waka up the road to Rangihoukaha urupa where he will be buried next to his late wife Lady Hilda Busby.