The Otago Regional Council has backed a controversial measure which will allow Ngāi Tahu to hand pick two candidates to sit on the council's policy committee. 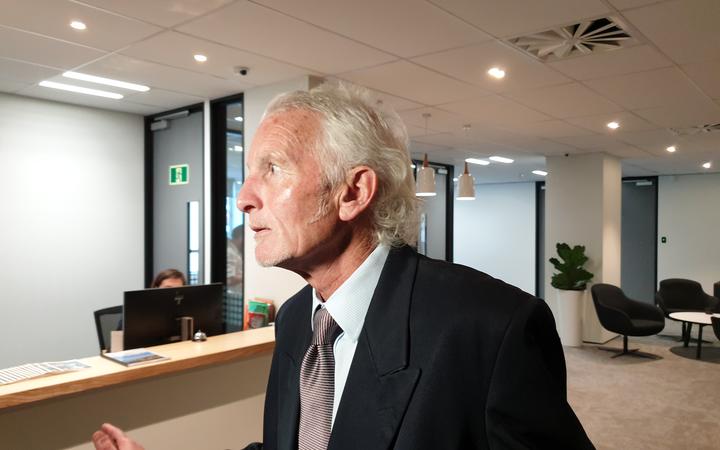 But the proposal did not pass without incident, as it sparked a heated and at times fractious debate among councillors.

Councillors expressed surprise in the public's interest and vitriol in the matter, which councillor Michael Deaker explained was simply a "steady progression over the last 20 years of this council building a relationship with Ngāi Tahu".

A few days ago, councillor Michael Laws took to social media to label the measure "worse than racist" and "so privileged, and so obviously racist, that it calls into question the fundamental principles of democracy in Otago".

The representatives will be chosen by iwi and paid at 20 percent of a councillor's salary.

Mr Deaker said the response from the public had shocked him.

"We've had dozens of people - mostly North Islanders, I note, who probably don't even know where the Dunstan constituency is and who think that Cromwell is some bloke who monstered the Irish some centuries ago - they've been dog-whistled in and showered us with words like undemocratic.

Mr Laws said the measure did not favour Māori, it favoured only those associated with the rūnanga.

"Eighteen months ago you rejected Māori wards - every single one of you around this table and you said one of the reasons was you can't have racial preference.

And he was not alone: Councillors Graeme Bell and Sam Neill also rejected the measure, while Ella Lawton was circumspect in her support.

"But the process has been terrible - again."

She said the council needed to consult with the community and define what partnership meant between iwi and council.

In his criticism of opponents of the measure, Mr Deaker took firm aim at councillor Laws.

"There are parts of me that say 'Good on you Mr Laws' because the Dunstan constituency is clearly going to be a knife-edge exercise in this coming election. And he is a very effective, populist politician - in a sort of a Trumpian Way."

Mr Laws was voted on to the council's Dunstan constituency in 2016 after edging out incumbent Gary Kelliher by five votes.

The iwi representation measure passed with the support of seven councillors, including Ms Lawton.

Outside the meeting, chairman Stephen Woodhead addressed the divisive nature of the debate.

"We understand we ... are all here for the benefit of the wider region," Mr Woodhead said.

"We need to a) abide by the council decision and b) it's just part of a robust political process. As part of the process as a councillor you just get on with it, accept the group decision and we move on as an organisation."

But Mr Laws was not looking to be reconciliatory in assessing his colleagues' decision.

"I guess there's a good element of political correctness."

And while the vote would allow Ngāi Tahu to chose two members to sit on the policy committee, it would only remain in effect for the rest of this triennium, meaning incoming councillors would have another chance to debate the matter again after October's elections.