The people of Ngāti Hinerangi will reach a milestone 15 years in the making today when it signs its deed of settlement with the crown, but the journey it has taken to get there has not been an easy one. 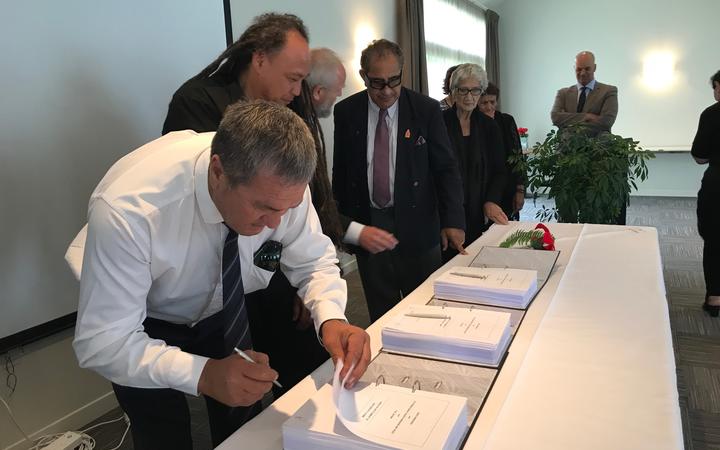 The Matamata-based iwi suffered great loss through crown land confiscations, becoming virtually landless in both the Tauranga Moana and Waikato areas of their tribal rohe.

Dianna Vaimoso, a spokesperson for Ngāti Hinerangi Trust, said entering a settlement process with the crown required her people to understand a long history of colonisation, and reclaim their identity as an iwi.

"We were almost extinct. We didn't know we were Ngāti Hinerangi," she said.

"It took one of our kaumātua to actually say, 'This is not right, Ngāti Hinerangi is an iwi, and we need to get our people to understand that', which we did."

The words of their kaumātua were later confirmed through research, which showed Ngāti Hinerangi had land blocks in areas extending from eastern Waikato to Tauranga. 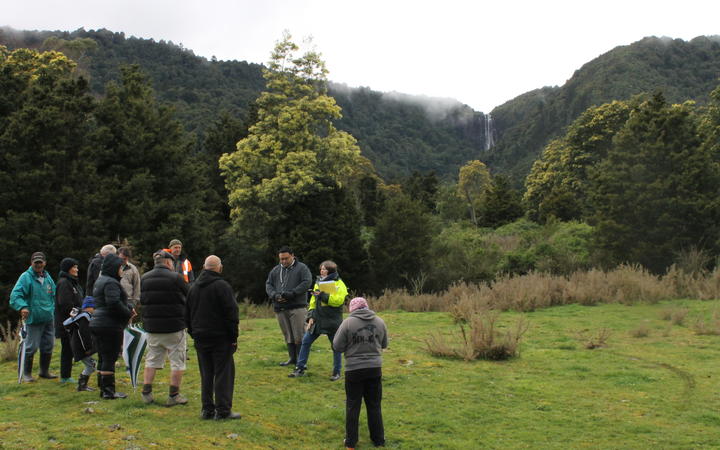 Ngāti Hinerangi whānau looking at Te Wairere Falls from one of the cultural redress properties to be returned through the Treaty of Waitangi settlement. Photo: Supplied / by Ngāti Hinerangi Trust

"Educating our own whānau on our existence as an iwi, rather than just a hapū of a neighbouring iwi, has been huge," Ms Vaimoso said.

"The other challenge has been undertaking the treaty settlement process with the crown and not having the same level of expertise in the settlement process as other iwi. It's been a huge but positive learning curve for our identity as an iwi."

The settlement redress will include $8.1 million, a crown apology and the transfer of five properties including land currently occupied by Manuwaru School and the Matamata Police Station. 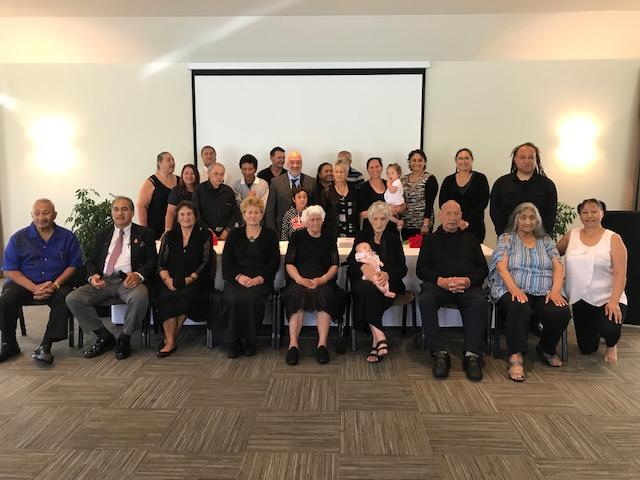 The Deed of Settlement also provides for the vesting of 14 sites, including the Wairere Falls property.

Ms Vaimoso said her whānau first looked at entering the settlement process in 2004.

Fifteen years later the iwi will today sign its deed of settlement with the crown.

"It means the world because through this settlement we have a chance to build a sustainable future for our iwi and, of course, our many generations to come.

"It means we'll soon be in a position to start thinking about proactive initiatives to enhance the lives of our people and our wider community."

The iwi entered into negotiations with the crown in 2014.