Justice Joseph Victor Williams is the first Māori lawyer to be appointed a Supreme Court judge. 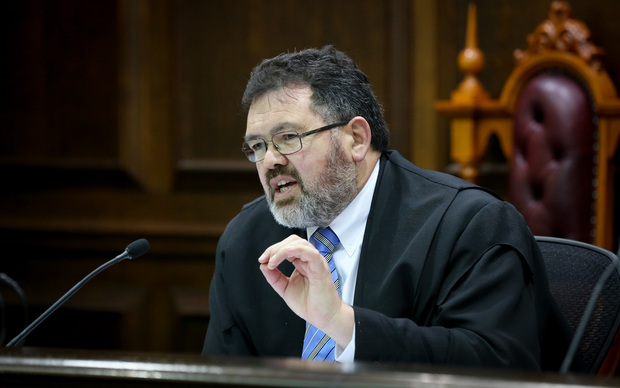 He replaces Sir William Young, who has been named to chair the Royal Commission of Inquiry into the Christchurch terror attacks.

Early in his legal career, Justice Williams joined Kensington Swan in 1988 and established the first unit specialising in Māori issues in a major New Zealand law firm, and developed a large environmental practice.

He became a partner at Kensington Swan in 1992, leaving in 1994 to co-found Walters Williams & Co in Auckland and Wellington.

Justice Williams was the Chief Judge of the Māori Land Court in 1999 and later became Waitangi Tribunal chair in 2004.

He was appointed a Judge of the Court of Appeal in 2018.

He is a fluent reo speaker and affiliates to Ngāti Pūkenga and Te Arawa.

Lawyer Annette Sykes studied alongside Justice Williams at university and said his appointment was a milestone for te ao Māori.

"I think for the Māori world, the significance of the rise of one of our greatest legal minds to that position, given that it's taken so many years to achieve, is a milestone.

"It's the kind of development that will ensure the recognition of the underpinnings of the first law of this nation, tikanga Māori, and how the intersect of that law, the introduced colonisers law, is important in future decisions that advance justice between and amongst the communities that co-exist in Aotearoa."

It was a well-deserved recognition of Justice William's hard work and brilliant mind, she said.

"He has worked untiringly, has a mind that traverses oceans and mountains, but still has remained humble in his recognition of his beginnings in Hastings, and his whakapapa to Ngāti Pūkenga and Hauraki.

"I know as a former Lindisfarne graduate I'm sure the teachers there that nurtured his soul, and the late Ruka Broughton and others at Te Whare Wananga o Wikitoria, will be smiling from paradise at someone advancing to these heights within the judicial system."