The country's biggest iwi Ngāpuhi will meet in Whangarei tomorrow to find a new way forward for its treaty settlement, following a failed attempt to renew its mandate last year. 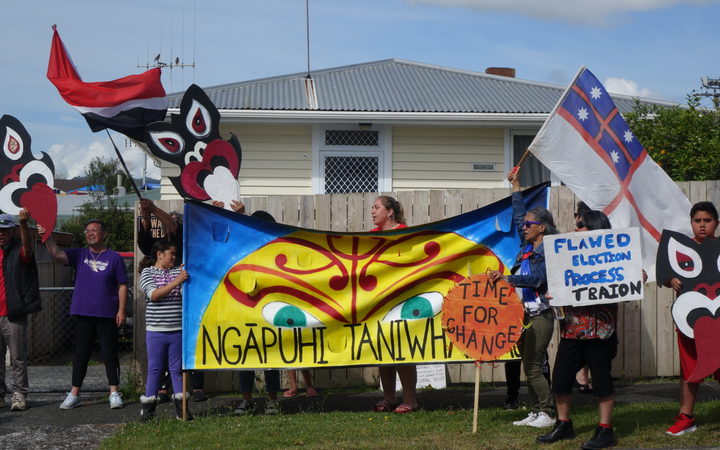 The Northern iwi has been trying to settle with the crown for 10 years, but has been unable to reach a consensus about who should represent it in negotiations.

Whangarei hapū spokesperson Huhana Lyndon said the majority of Ngāpuhi did not support the centralised mandate-model proposed by the crown last year, as it did not fairly represent the iwi's 110 hapū.

She said the hui was about hearing the voices of hapū, and endorsing a hapū-led mandate model.

"It's clear that the hapū of Ngāpuhi do not support a centralised mandate model," she said.

"It's time for us to re-form and look at how best to move forward as large natural groupings according to the tikanga and the desires of hapū.

"We were forced into a single mandate-model, which we have voted down. Now lets re-form and work together for local issues, with those whanaunga hapū, those within our rohe, and those that we choose to work with."

The biggest challenge for Ngāpuhi was managing and co-ordinating the voices of so many hapū, she said.

"One of the things with Ngāpuhi is that we are 110 hapū, we are bigger than any other iwi in the world and certainly we are complex," she said.

"How do you manage that continuum of where various Ngāpuhi hapū are at? Some are ready to go now, some are ready at the end of the year and others are yet to have hui.

"We have decided to meet every three months, so this hui is an effort to hear the voice of our people, where they are, and where they want to go."