Ngāti Hine hapū have told the Treaty Negotiations Minister they want to formally split off from the Ngāpuhi talks that have been ongoing for more than a decade. 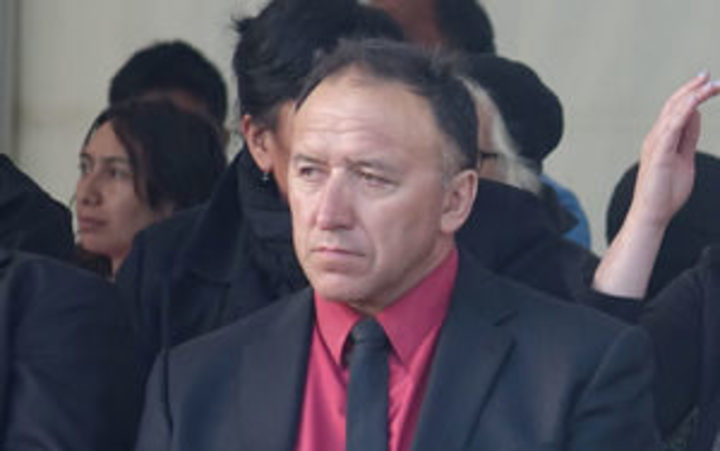 Ngāti Hine chairperson Pita Tipene met with Treaty Negotiations Minister Andrew Little on Sunday and told him that Ngāti Hine had decided it would be seeking its own mandate. Photo: Supplied

The minister, Andrew Little, is in the north for the annual Waitangi celebrations this week, including tomorrow's pōwhiri at the whare rūnanga on the upper Treaty Grounds.

He's also meeting with many of the iwi and hapū involved in the Ngāpuhi negotiations.

Chairperson for Ngāti Hine, Pita Tipene, met with Mr Little on Sunday, and told him that Ngāti Hine had decided it would be seeking its own mandate.

"We're clear about what we put to him," Mr Tipene said.

"I think it's been a long time coming. Certainly Ngāti Hine has always been true to its own vision statement but we've changed our tack now."

He said that view had come about from a number of hui among the nine hapū in the last months, with one meeting as recently as 12 January.

"That doesn't mean that we've closed off all doors to working with our neighbours on overlapping claims," Mr Tipene said.

He said Mr Little has been canvassing a number of people about a way forward for Ngāpuhi, given [https://www.radionz.co.nz/news/te-manu-korihi/378494/ngapuhi-vote-minister-forced-back-to-the-drawing-board

the vote on the Tūhono proposal] that "ended up in complete failure" at the end of last year.

But Mr Tipene said "Ngāti Hine is now very, very clear that we will be seeking our own mandate."

He said there was no reaction from the minister, and said he would leave it to Mr Little to relay his feelings on the matter to the public.

"He said that ... well it seemed to be without an awareness of what it takes to shut down the current mandate - which is really a name only - and to establish a whole new mandate or a bunch of mandates," he said.

Mr Little said he made it clear to Mr Tipene that although he has an open mind as to how things happen from here, the Crown's position is that Ngāpuhi must work "or at least move" together.

"There needs to be coordination and cohesion. It doesn't make sense for the Crown to be drawn in to a multiplicity of negotiations where nothing can settle or reach agreement," he said.

"We talked about that and I heard what they said, understood their position, but I still have many other conversations to have before I start thinking about what useful thing the Crown can do next."

Mr Little said ahead of the meeting that the current mandate under Tūhoronuku, which was recognised by the National government,