Treaty Negotiations Minister Andrew Little will be forced to go back to the drawing board after Ngāpuhi overwhelmingly rejected a mandate for its Treaty settlement. 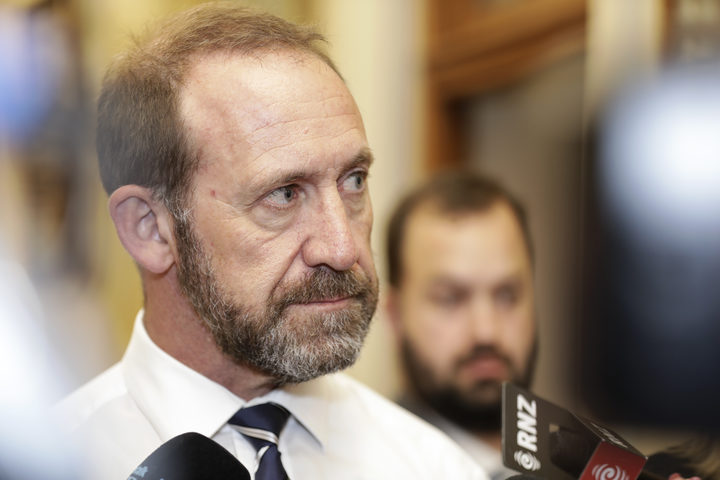 In November, the vote on the Evolved Mandate to move its Treaty negotiation forward was sent out to the people of Ngāpuhi.

The question of who should negotiate with the Crown has divided Ngāpuhi - some have sided with the group originally chosen - Tuhoronuku - and others have backed the hapu-based grouping, Te Kotahitanga.

In the months leading up to the vote, Mr Little led a roadshow across the country and in Australia promoting the new mandate.

But it was a resounding kāhore (no) from the people of Ngāpuhi - with 73 hapū rejecting the mandate and 31 in support.

The individual vote was 51 percent in favour and 48 percent against - but a threshold of 75 percent was needed to get the mandate over the line.

Mr Little said he was disappointed but the best thing right now was to "take bit of a breather", and he was not giving up.

Former Treaty Negotiations Minister Chris Finlayson said every attempt to work with Ngāpuhi had come nothing so the best thing now was to "let them sort themselves out".

But Mr Little said considerable progress had been made, with high levels of hapu engagement, and he remained committed.

"The last thing this government is going to do is walk away from Ngāpuhi.

"Getting agreement with Ngāpuhi, at least agreement to get around the table to negotiate, is absolutely fundamental in my view to what is good for Te Tai Tokerau, for Northland, for Ngāpuhi, and actually for New Zealand.

"It is the last remaining large iwi for which the Crown has yet to properly atone for it's breaches of the Treaty and come to terms on issues of redress".

Despite the vote against the current proposal, Mr Little said Ngāpuhi wanted to keep the dialogue going and still wanted a collective solution.

He said he had been buoyed by the level of engagement across Ngāpuhi.

"There's been intense engagement that might have fatigued a number of people by now.

"I don't think anyone can criticise the Crown for not trying pretty darn hard to engage with Ngāpuhi to find a way forward."

Te Kotahitanga co-chair Pita Tipene believed if Andrew Little had listened to hapū at consultation hui last year who didn't want the mandate, the iwi would now be in a better position.

"In saying that, some good has come out of it.

"But I think we could be a lot further ahead now if things had been put in place to provide a much stronger foundation to move forward."

Mr Tipene said the vote was always a referendum on the leadership of mandate leaders Sonny Tau and Hone Sadler.

But he said there was an erroneous view that one overlord was needed for the whole of Ngāpuhi, and that was not how the people saw it.

"Ngāpuhi is a confederation of hapu, of which in the various of corners of Ngāpuhi there are leaders who have popular support. That leadership won't be reflected in one person, in two people or three people."

However, Tuhoronuku chairman Hone Sadler pointed to the fact 81 percent of voters who supported the mandated wanted Te Runanga o Ngāpuhi to lead it.

Mr Sadler stands by the leadership and the mandate put forward to Ngāpuhi.

"This evolved mandate was the best opportunity for Ngāpuhi - in fact what the Crown had done was gone all out to help Ngāpuhi to get across the line."

And Mr Sadler said the mandate made plenty of provision for hapū participation.

Whangarei hapū member Huhana Lyndon said the vote result was re-affirming for those hapū who rejected the mandate.

"We have had mandate strategies imposed upon us, so we were not a part of the Tuhoronuku design, we were part of Maranga Mai, and that got parked and now we have Tuhono.

"None of them represent what we seek in a possible negotiation pathway."

But through the mandate, hapū had been able to mobilise and make their voices heard, Ms Lyndon said.

"Now we can see our people are engaged and are mobilised so let us determine what's best for us moving forward."