A new report is being seen as stronger evidence that the government is ignoring Waitangi Tribunal recommendations. 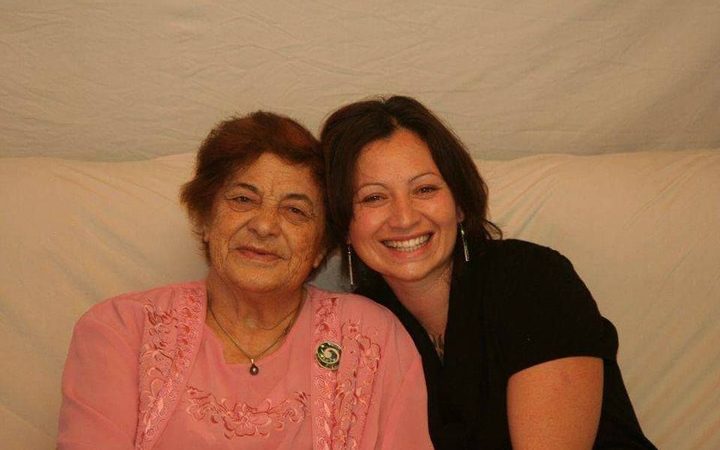 In the past 40 years, the Crown has only fully-settled the claims raised in 21 tribunal reports out of a total 130 reports that have been completed.

The late Saana Murray of Ngāti Kuri dedicated her whole life to the Wai 262 claim she helped lodge in the Waitangi Tribunal in 1991.

The ground-breaking claim - often referred to as the flora and fauna claim - deals with the protection of Māori cultural and intellectual property rights.

Mrs Murray's granddaughter Sheridan Waitai said the whole whānau helped out nan - who lived until just after the tribunal released its report in 2011.

"All she did was hang out for that," she said.

"She was actually in the hospital at the time where we brought in the embargoed copy that was going to be released the next day.

"She did not just wait - she fought like a mangōpare, like a hammer head shark, till her last fighting breath for this whole kaupapa."

The tribunal made wide-ranging recommendations to protect taonga Māori, but seven years on and nothing has happened.

"It is actually quite sad aye ... we have been really marginalised from our land and our relationship from our taonga for a long time," Ms Waitai said.

For the first time, Te Puni Kōkiri has released a break down of all the tribunal claims back to the first out in 1978.

This shows that of the 130 reports, just 21 have been settled. That means most of the claims in the reports have been addressed through Treaty settlements or policy changes.

A number of others have been partially settled, are in progress or their status is unknown.

"The Crown has ignored and I believe deliberately ignored the gravamen of some of the issues that they have been confronted with," she said.

"While we have a jurisprudence that should be commended - the proof is in the pudding."

"The whole ethos of the Waitangi Tribunal - which is actually a commission of inquiry - really has been undermined by politics of the situation," he said.

"It may be that it is because it is in a political arena that the recommendations are not considered to be definite areas of implementation."

He said in the case of Ngāpuhi, the finding that sovereignty has not been properly or fully acquired by the Crown was confronting for it.

"The government doesn't want to hear recommendations like that because they are virtually impossible to respond to in many ways - politically anyway."

Kōhanga reo claimant Peggy Luke Ngāheke said the government has only just reignited talks with them, five years after their tribunal report came out.

The tribunal found the Crown failed to adequately support the Māori movement and that early childhood education policy was undermining kōhanga reo. https://www.waitangitribunal.govt.nz/news/wai-2336-matua-rautia-report-on-the-kohanga-reo-claim-2/

"Within the last six years ... nothing happening about it is pretty devastating," she said.

"I did not think in our country, that our people were still second class citizens and that is a horrible thing to say but that is how I feel."

Ms Luke Ngāheke said inaction from the Crown means the situation that negatively impacts kōhanga reo only continues, and in some cases gets worse.

In April, the United Nations said the tribunal's recommendations were ignored too often and they should all be implemented.

Ms Sykes said something has to change.

"When the tribunal reports, it cannot just sit on the shelf gaining dust, there has to be traction there.

"Because what has been identified quite often is institutional racism or denial of access to essential services."

The Section 8i report will now show the status of all the tribunal reports.

She did not agree entirely that the numbers were a reflection of a lack of intent by the government.

"That is quite a dim view of the progress that has been made," she said.

Ms Mahuta said she hoped they would see that the government had tried to make the process more transparent.

"We have had advancement in a number of areas. What this report highlights is we can do so much more and be accountable for it and we want to give visibility to that."

The move has been commended by Annette Sykes.