Archaeologists have uncovered moa-bone fish-hooks and other astonishing evidence of voyaging Polynesians settling in Aotearoa more than 700 years ago. 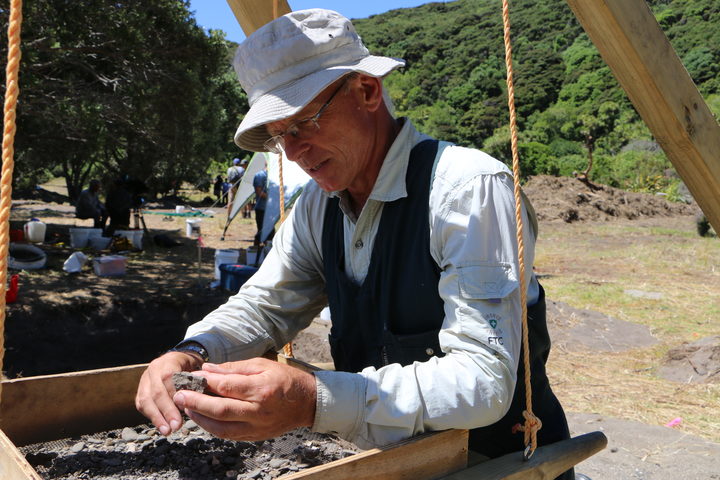 For the last two weeks volunteers and workers have set up camp at Mangahawea Bay on Moturua Island in the Bay of Islands to dig for answers.

Dr James Robinson is the lead archaeologist of the site dig at the bay - which takes 30 minutes and two boat trips to get to from Paihia.

The excavation is being driven by the Arakite Charitable Trust with work on the project starting in 2017.

Carbon dating puts the first inhabitants in the area around 1300AD.

Mr Robinson said this latest excavation allowed archaeologists to find out even more about what they were doing.

"The first thing is that it wasn't a settling (of) New Zealand because they were hungry and needed to search for food - to get here was a major operation." 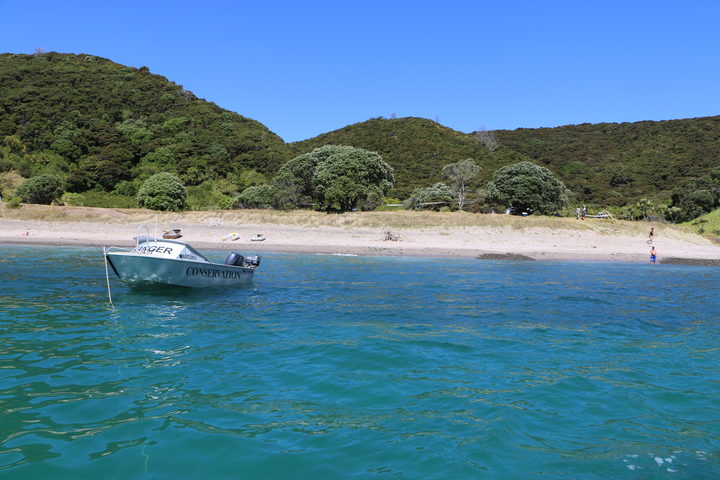 Hāngī pits, kūmara gardens, food storage pits and even evidence of taro planting are some of the discoveries at the site, which was first excavated in 1981.

Mr Robinson said a collection of tools made from shells and volcanic glass have also been unearthed, as well as fish hooks.

"Fish hook is generally made from moa bone - some might be seal and that's a very early indicator because moa and seal become extinct quite early in the piece so that's another clue that we're dealing with an early site." 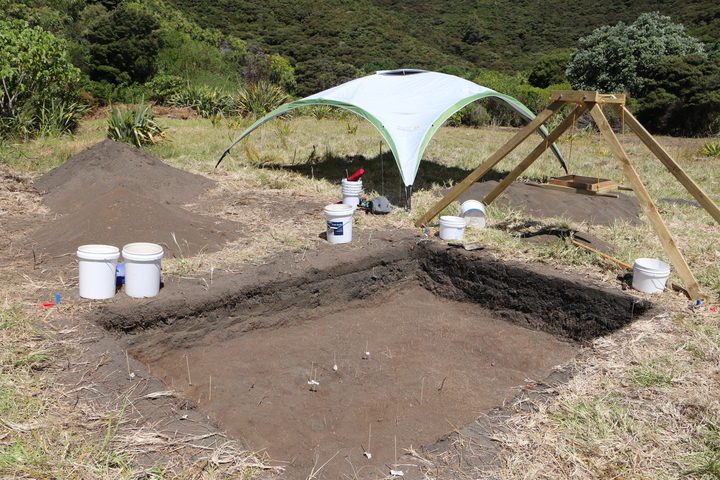 Ngāti Kuta kaumatua Matutaera Clendon has long heard stories about the Bay and its links to the Pacific - in particular Tahiti.

"It's actually more a Polynesian flavour with the dialect, all I knew and was told was that it wasn't a Māori name."

Mr Clendon wants the knowledge from the dig to be taught in schools because it's a vital part of our history.

"The knowledge should be put in the schools so they understand - they should know something about their own country - they know everyone else's but don't know their own." 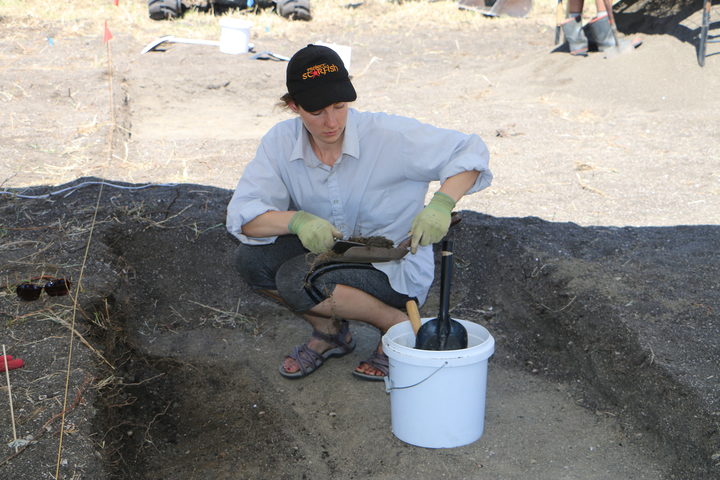 Workers and volunteers have been uncovering artifacts at the archaeological dig site at Mangahawea Bay. Photo: RNZ / John Boynton

Archaeologist Andrew Blanshard said the site has been constantly occupied, from Polynesian settlement to post-European settlement.

"Here, because we've got constant use, we can actually track that culture change through time. 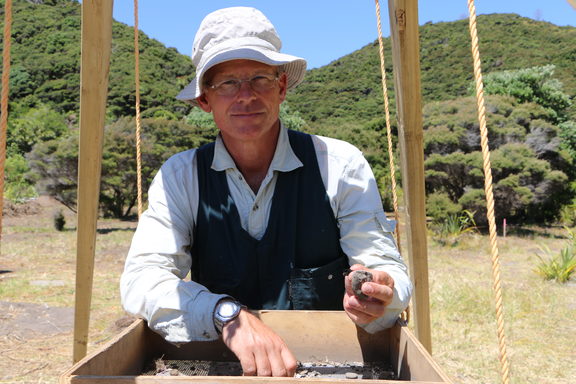 "So, obviously when then people first arrived here if we met them today they'd appear much more Polynesian, much more Tahitian, much more Rarotongan - they wouldn't be classified as what you might call Māori."

Site illustrator Krystal Wolfe is helping to bring it to life with sketches, paintings and computer animation and said a lot of the archaeological data might go over people's head - so visualisations could play an important role. 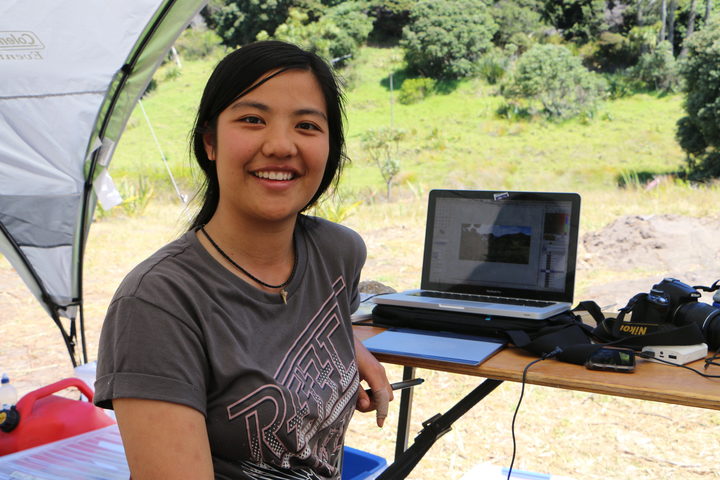 Krystal Wolfe is illustrating how the site may have looked about 700 years ago. Photo: RNZ / John Boynton

"You sort of re-create the past and, you know, make it real and alive to people so it's pretty cool being able to do that."

The site dig is expected to wrap up this week and there are plans for a pou - or carved column - to be erected to mark the site. 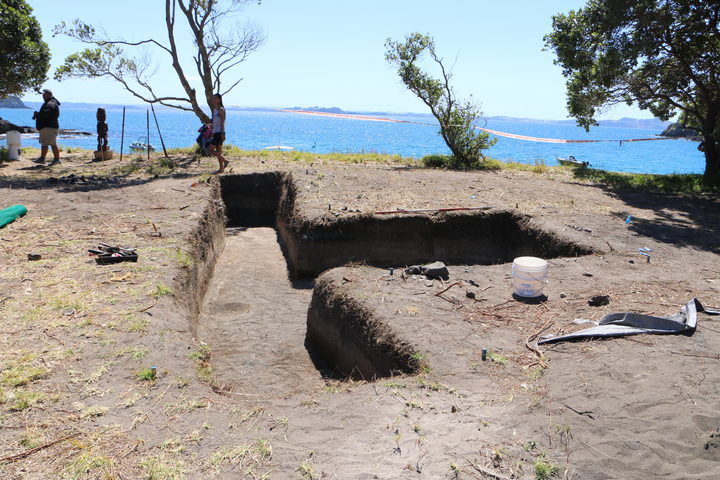