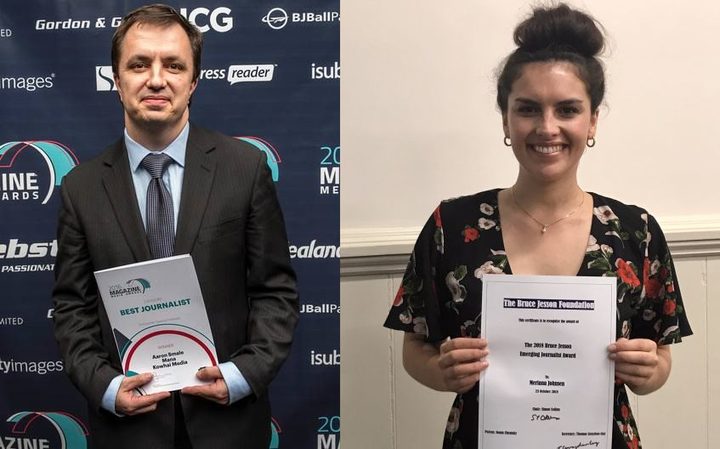 Mr Smales stories about abuse of patients at the former Lake Alice mental hospital near Marton helped put the wider issue of abuse of people in state care on the public agenda.

Currently a freelance journalist, he received a $4000 grant to fund further work on the issue.

It was "exactly the sort of work that the Jesson Foundation exists to support", he said.

The award recognises critical, informed, analytical and creative journalism or writing that contributes to public debate in New Zealand on important issues.

Ms Johnsen won the award for an investigative feature about police acting as first responders in mental health crises.

The article was written while Ms Johnsen completed her Postgraduate Diploma in Journalism last year and was published in the Sunday Star Times.

Ms Johnsen said in her written submission there had been a lot of media coverage about mental health in New Zealand over the past couple of years.

While some stories dealt with the impact of police having to act as default mental health crisis workers, little attention has been paid to the implications of police taking such roles.