Waitangi Tribunal claimants are concerned about the costs of challenging the Crown for breaching the Treaty. 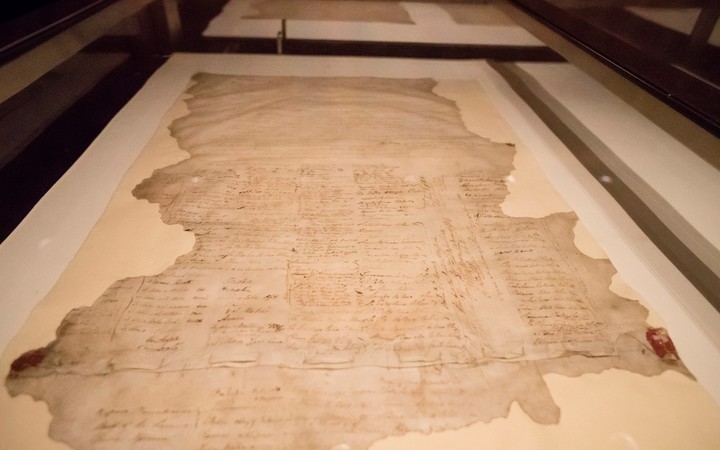 Retired probation officer Tom Hemopo said it cost him and his iwi at least $10,000 to take the Department of Corrections to the tribunal twice.

That's despite his claim in 2016 for successfully exposing the department for not trying hard enough to reduce Māori reoffending rates.

"It was about our people and if someone does not do it - nothing will change."

Legal aid paid for his lawyer and some evidence but Mr Hemopo sorted much of his own research and expert witnesses. Some people helped for free.

There are also growing concerns about the different funding options for newer claims.

But the 'kaupapa' claims which have a national focus are funded through legal aid, which does not cover traditional research or the claimants' expenses.

Mr Hemopo's lawyer, Roimata Smail, said most of the claimants she represented must end up out of pocket, but they did it anyway.

"The claims that I have worked on, my clients have brought them because they thought that they were important for Māori and for New Zealand," she said.

"So they take that cost on."

For tribunal claims, legal aid does not have to be paid back.

The Waitangi Tribunal will begin Stage One of hearings into how the Crown is failing Māori in the health system on 15 October.

The Health Services and Outcomes Inquiry will be held in Ngaruawāhia over three weeks. In time, 190 claims will be considered.

Tureiti Moxon from Te Kōhao Health in Hamilton said they have been researching and holding hui since they lodged their claim 13 years ago.

"It is a costly business and there is no funding set aside for us really," she said.

The claimant group's lawyer fees are paid through Legal Aid, but there were a lot of work hours and extra work that went into it, she said.

She said her employer covered her for the time she spent on the claim, but it was not the same for everyone - and that was not fair.

"We have tried really hard with the Crown to look at different ways of funding this whole thing but in the end, each of us have to carry our own cost," she said.

"At the end of the day, we should not have to be going through this process in the first place, but the whole system is unfair."

Treaty lawyer Annette Sykes is representing Māori nurses in the hearing, and said it was unclear how they would pay for their expert witnesses to attend.

She said the kaupapa claims were being dealt with in a second-class fashion, which was causing a backlash amongst claimants and Māori communities.

"There is no recognition that those challenges are deserving of appropriate funding and resources for the claimants and for their research," she said.

"It is an indictment on the administration, both the previous one and this one, that they have still not prioritised te Tiriti o Waitangi as an appropriate forum to be resourced."

Ms Sykes said special funding had been set up to support Marine and Coastal Takutai Moana claims in the High Court and something similar should happen here.

A claimant, Maanu Paul, said the funding restraints meant the odds were stacked against Māori.

"The Crown have all the firepower," he said.

"If you compared what the Crown spent and the meager lot that the legal aid provided for the claimants, you can quickly see that they have all been prejudiced."

The Crown has acknowledged in the Tribunal the uncertainty of funding for claimants involved in kaupapa inquiries and said it would seek to explore the issue further.