The signing of a controversial Hauraki treaty deed of settlement is akin to modern day confiscation, a Tauranga iwi leader says. 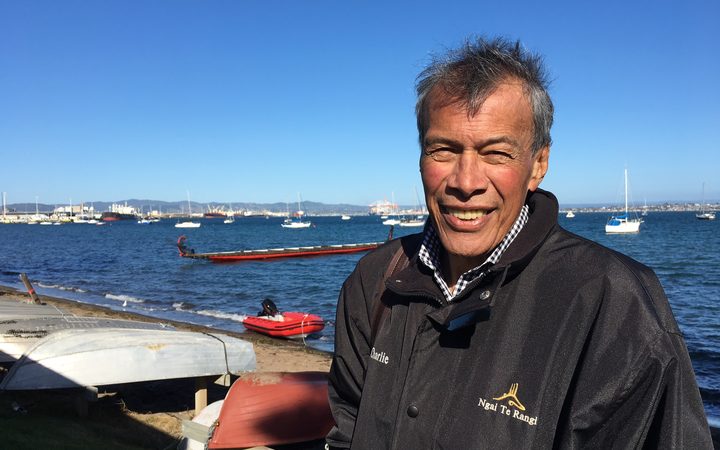 Tomorrow the government is expected to sign the Pare Hauraki collective redress deed at Parliament with the Hauraki Collective which consist of 12 iwi.

Ngāi Te Rangi chairman Charlie Tawhiao said the treaty system was being used to conquer the territory of others instead of addressing historical grievances.

Mr Tawhiao said the settlement would give Hauraki iwi mana whenua status in areas where they had not traditionally lived.

"It's not just about confiscating land, which is what confiscation generally refers to, it's also about the denial and oppression of the right to be Māori."

However, Treaty Negotiations minister Andrew Little said the comments made by Mr Tawhiao about modern day confiscation were extremist.

"He should make those comments to Hauraki iwi and see what response he gets."

Justice Minister Andrew Little has responded to the criticism over the signing of the deed settlement. Photo: RNZ / Richard Tindiller

"This has been held up for sometime a lot of the iwi who make up the Hauraki Collective are iwi who have had nothing so far," Mr Little said.

"It's important for the Crown to be even handed in its approach to these agreement's so it's good to see progress being made."

Hauraki Collective chairman and lead negotiator Paul Majurey did not respond to a request for comment.

However, he told Waatea News a tikanga approach did take place between 2012-2014 which Mr Tawhiao was a part of.

"Charlie was part of the process as were other in Tauranga Moana - so it's though there's been some sort of selective amnesia in parts of Tauranga Moana on this issue."

Last week, Mr Little said he agreed to make some amendments to the Hauraki Settlement and this included removing Matakana Island from any Hauraki rights or interests.

In May, Ngāi Te Rangi led a contingent of 600 people to Parliament warning the minister not to sign the deal.

Bay of Plenty iwi Ngāi Te Rangi is opposed to the Pare Hauraki Collective settlement, involving 12 iwi based from Matakana, north of Auckland, to the Coromandel Peninsula.

The Hauraki settlement redress included rights to the Tauranga Harbour, an area it said was within its tribal boundaries.

Mr Tawhiao wanted to see changes made to the treaty settlement process.

The Iwi Chairs Forum was looking into developing a better process to resolve overlapping interest, he said.