Beginners courses in the Māori language have reached full capacity, with waiting lists as long as 300 people in some areas with places not available till next year. 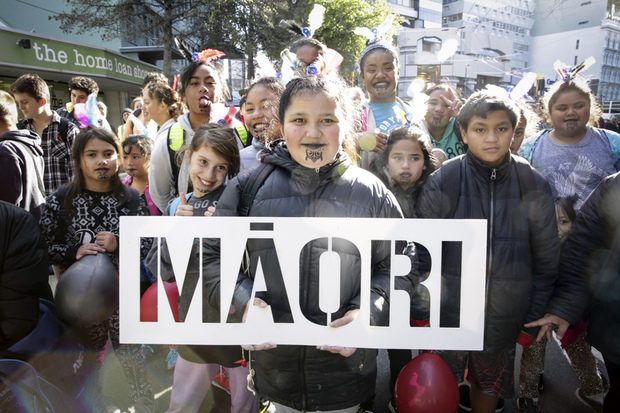 Last year, Hobson's pledge spokesperson Don Brash said that he was sick of hearing te reo Māori on RNZ because very few New Zealanders could understand the basic phrases and greetings being used.

But a surge of people are enrolling in level one reo Māori courses across the country hoping to change that.

Director of community education in Wellington, Nigel Sutton, said he was overwhelmed at how many people wanted to learn te reo.

"We're running 10 level one courses for the first time ever this term and we have wait-lists of probably twice the number of people we actually have currently enrolled. So over 300 people on our wait-list for level one te reo Māori."

He said people from all walks of life were finding value in learning the language.

"We find that there's a lot of professionals doing it, a really lot of Pākehā. We find that it's often people in government jobs, but not exclusively. Also a lot of people new to New Zealand."

Mr Sutton said while some believed Māori was a dying language, his courses were proving te reo was still well and alive in Aotearoa.

"We've got people saying quite inflammatory and negative things about the rise of te reo but actually it's all feeding into a larger conversation where people are seeing the importance.

"One of the tutors was commenting to me the other day that she loved the fact that students were really authentically engaged."

The Auckland University of Technology offered free reo Māori courses for beginners and was also struggling to meet the demand.

Lecturer Hemi Kelly said the waiting list was capped to a maximum of 40, but enrolments were far above that.

"So we're getting inundated with enrolments to the point where we can't actually cater to the demand. Up until this time there's been an increase every year in the amount of enrolments we're getting."

It's disappointing that some public figures saw little value in learning te reo, he said, but he believed it wasn't stopping people from wanting to learn.

"These people coming out in mainstream media and expressing their own personal views on the language has had a reverse effect where people are saying, actually, I disagree with what you're saying and the language has value, the language is special."

The reo Māori beginners course at Te Wānanga o Aotearoa in Wellington is also full - with next available intakes from September 2019.

At Unitec Institute of Technology there's a waiting list of 200 people.

Unitec lecturer Tuatahi Pene said the growing use of te reo in the media was having a rippling effect.

"The use of short phrases in the media and the correct pronunciation of place names has had a big shift with a lot of New Zealand everyday people."

There were simply not enough capable reo Māori teachers throughout the country to meet the demand, he said.