Analysis - People tell me I have a beautiful name and ask where it is from. I say it's Māori and watch carefully for any movement in their face. Sometimes I see disappointment but then they ask what it means and I say, "Greetings to the heavens". I witness their eyes light up and their mouths turn to smiles. 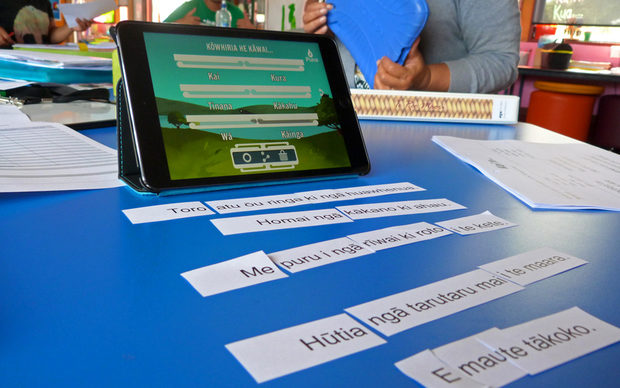 Te reo Māori is a beautiful language and it belongs to whoever wants to use it. My name isn't mine - it was gifted to me to use and it comes from Ngāti Paoa in the Hauraki and probably from Eastern Polynesia before that.

Despite claims by Professor Paul Moon that te reo is on the brink of extinction, I believe we're experiencing a te reo Māori renaissance.

Technology savvy te reo Māori champions are coming up with clever campaigns to either combat negative views or simply promote the language. This week a #LetsShareGoodTeReoStories hashtag on Twitter has taken off like a kuia to kānga pirau.

Labour MP Kiritapu Allen tweeted her Pākehā dad secretly learnt te reo Māori so he could stand on the paepae at her 21st birthday.

My dad, a white fella from Gore, secretly learnt te reo for a year so he could speak on the paepae at my 21st. He was epic. He is epic. He reckoned, what’s good for Māori is good for all New Zealanders. #LetsShareGoodTeReoStories https://t.co/MIQaKIe5iR

My Pakeha grand-dad enrolled at Uni to learn Te Reo so he could pronounce all his grandkids names. #let'ssharegoodtereostories

It's not a coincidence that Māori are writing these stories about their Pākehā relations. Mine too are open to hearing and speaking more te reo Māori.

Māori language petitioner and actor Rawiri Paratene says the language needs a concerted effort from all New Zealanders. When he spoke on the steps of Parliament in 1972, delivering a 30,000-strong petition asking for te reo to be taught in schools, he couldn't speak te reo himself. He had to ask an aunty to help him learn a speech. He says he's still learning and encourages his grandchildren to speak only Māori to him.

Jason Brown says: "One of best parts about learning te reo? A whole new world of humour, word play and punnery opens up." I couldn't agree more - when I finally started to grasp te reo Māori in my early twenties it was like a whole new world opened up. I could finally comprehend the speeches on the paepae, the laments and tikanga that accompanied the language. It was a lightbulb moment.

First heard Maori as a living language at the age of 12, when a family 'holiday' in the Cook Islands turned into a 29 year permanent residence.

One of best parts about learning te reo?

A whole new world of humour, word play and punnery opens up.

Broadcaster Carmen Leonard writes about her dad Ernie Leonard, the former head of Māori programming at TVNZ, and how he learnt te reo when he was 50.

My dad learnt Te Reo when he was 50. His first speech was at my uncles tangi. He had just had false teeth put in. While speaking, his new teeth dropped from his gums and almost fell out of his mouth. He carried on like the true pro he was. We laughed! #LetsShareGoodTeReoStories