A new board game called "kuputupu" based on the popular word game Scrabble has been developed by an Hutt Valley library to encourage use of te reo Māori. 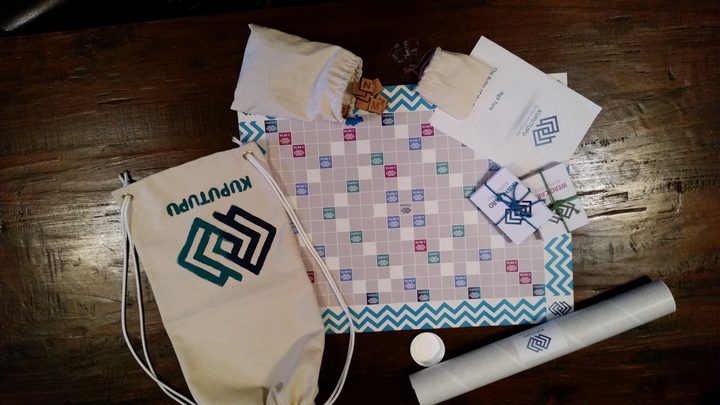 The aim of the board game is to accumulate points through developing words using only the Māori language.

Taitā Librarian Peggy McConell said the game was piloted last year as part of a Wellington-wide library festival called Beyond the Page which celebrated different ways of story telling.

"Out at Taitā we've got quite a high Māori population and we do a lot of stuff around that, so we try to work really well with our community around things Māori," she said.

"So I came back and told the staff that this game was what we were going to be doing."

She said the community hub worked together to make the game possible and developed a team involving the Children's librarian, the library's only te reo speaker, the fitness centre and the Taitā Clubhouse.

"We sold the idea to our divisional manager of the Lower Hutt Hub, Mike Mercer, and he was really impressed and he said, OK I will fund you and you can make 100 games."

With funding support, the team used banner vinyl to make the board, and letter tiles made of Rimu. Since the game's creation, all 100 games have been sold and a waiting list is growing rapidly.

Ms McConell said the team wasn't concerned with making a profit and was motivated solely by helping people learn and practice their reo.

"We would have made a profit of about $62.50 or something like that from selling one hundred games so basically it cost us four and a half grand," she said.

"It's all about sharing te reo and making it accessible. Not all of us here have much knowledge of the Māori language but when you play the game, people don't realise how much te reo knowledge they actually have."

She said the game had largely become a part of the community.

"The little tiles for the game were cut out with the lazer printer, huge bags full - like thousands of them so we had 102 tiles per game and 100 games - so we got all the kids that come into the library every day to peel them because they came with paper on each side.

She said the library had recently been given the green light to continue making the games next year.