Former National Party leader Don Brash has weighed in to the debate on the use of te reo on RNZ saying it shouldn't be "forced" on English-speaking people.

The debate was sparked by a controversial column condemning its use as "inflicting te reo on the entire population", which drew swift and mainly unfavourable reaction from others in the media.

In February last year, RNZ introduced a new Māori strategy - one aspect of which was "personalised language plans for key executives, presenters and journalists". 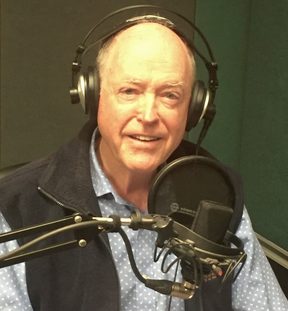 The former politician turned spokesperson for the group Hobson's Pledge told Kim Hill on Saturday Morning that he did not like listening to Morning Report presenter Guyon Espiner "spouting on" in Māori when he turned on the programme each morning.

"We're being forced to listen to these sentences by Guyon Espiner without any trace of translation provided ... I have no idea what he is saying," he said.

"He makes no attempt to translate it, so I won't even learn from what he is saying.

Mr Brash said he had "no problem" with Maori being an official language, any more than sign language was.

He said there were 21 Māori radio stations and Māori Television if people want to listen to the language.

"Maori have a lots of of opportunity to listen to their language if they wish to do so, I don't see any reason why those who speak no Māori at all - and I am one of those- should have to listen to Guyon Espiner spouting on."

He did not not agree with the charter clause giving RNZ a responsibility for promoting it, he said.

Last month, Race Relations Commissioner Dame Susan Devoy said that anyone who complained about te reo Māori being used "need to get one thing straight: this is New Zealand. Aotearoa New Zealand - so get used to it," adding that it had been 30 years since te reo was made an official language.