Analysis - The spectre of te reo-bashing has raised its head - again. RNZ's Te Manu Korihi editor has something to say. 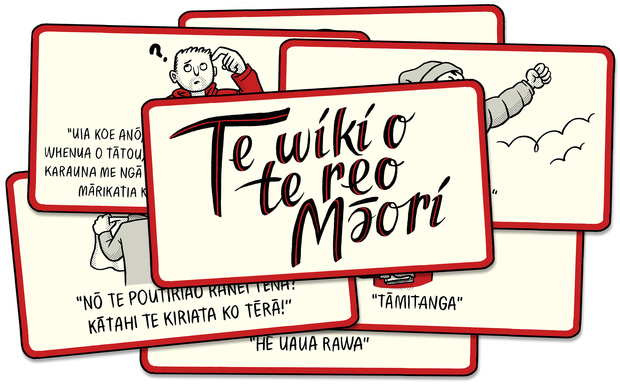 Last year for Māori language week we wanted to do stories about the language's importance and all the great initiatives happening here in Aotearoa to celebrate te reo Māori.

We did some good stories and even had a few te reo Māori lessons on-air with Guyon Espiner and Māori Issues correspondent Mihingarangi Forbes.

A newsroom manager suggested for Māori language week that all reporters sign-off their stories in Māori, which the majority did with great enthusiasm and much practice, and it was great to hear.

When the week was over, the news manager at the time, Brent Edwards, suggested we should continue to sign off in Māori all the time - which we did.

Not all RNZ listeners liked it, a few complained and an official complaint was made to the Broadcasting Standards Authority.

If I was honest this was fuel to the fire; I wanted to hear and speak more te reo on-air.

Our presenters - who are Pākehā - always include Māori greetings, phrases or words.

Morning Report presenter Guyon Espiner has led the charge, he has increased the use of his te reo on the show, which is a great reflection of his own te reo Māori learning journey.

But he gets more criticism from listeners than encouragement.

He has been accused of forcing the language on people and told the majority of Kiwis speak English and don't need to hear Māori on-air.

Those are probably some of the more polite comments.

I get emailed many of these complaints and I try not to respond for many reasons, one being some of my responses wouldn't be very polite and would probably get me fired but here is one response I'm happy to share.

Thank you for listening to RNZ, it's unfortunate you're upset and angry by hearing te reo Māori being used by our presenters and reporters daily.

We encourage all our staff to, including those not on-air, use te reo Māori as much as possible.

We do this because te reo Māori is an official language of our country and we are actually required to under the Radio NZ charter.

In the Radio NZ charter it states we must:

One way we do this at RNZ is by encouraging and supporting all our staff to speak more Māori language on-air.

We have a collection of greetings in te reo Māori used on RNZ. You can listen to them all here: https://t.co/gz3iUG36Od pic.twitter.com/IS3IAMlQ9r

"Anyone who complains about te reo Māori being used and celebrated in this country need to get one thing straight: this is New Zealand. Aotearoa New Zealand - so get used to it," she said.

"This year marks 30 years since te reo was made an official language of its own country. We've come a long way since then but it's clear that some of us have longer to go than others.

"Language can divide us - as this opinion writer would like it to do. But more and more, language is bringing people together."