The opening of the Toi Ngāpuhi art exhibition in Whangarei has drawn collectors from as far away as America. 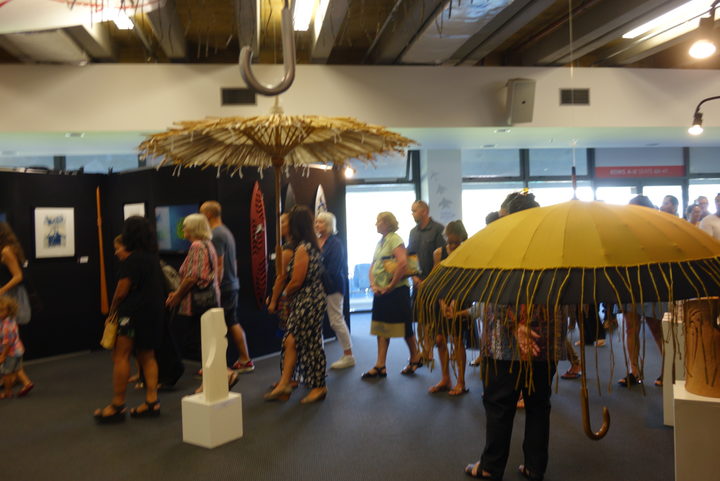 From modest beginnings in Kaikohe in 2004, the event now features high-quality work from more than 50 artists with Ngāpuhi connections, and has become the country's premiere iwi art exhibition.

The original curators, Manos Nathan and Colleen Urlich, died in 2015.

They are keenly mourned by the arts community, but present curator sculptor Rhonda Halliday said their commitment and leadership was still strongly felt.

"Colleen and Manos ensured that the ethos, culture and quality of art work on display were exemplary and that the best of Ngāpuhi was represented," she said.

"The works have always been of the highest calibre, we are well aware that our mahi needs to be 'up there'.

A regular visitor to the exhibition, Michelle Erai, times her trips home to coincide with the biennial event. 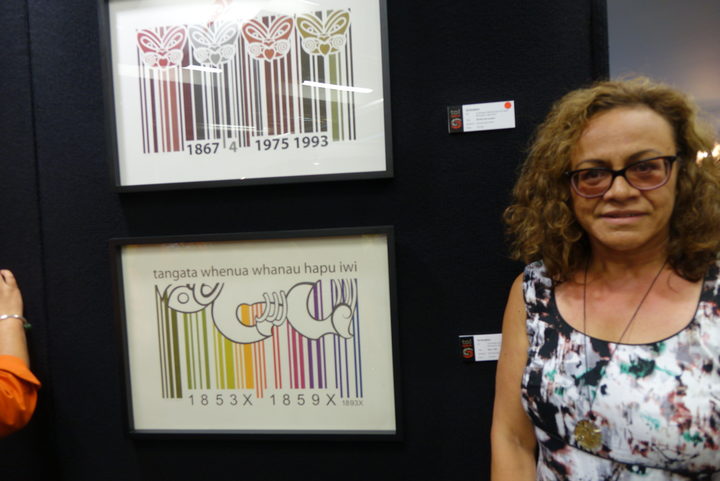 Professor Michelle Erai next to the print she bought this year. Photo: RNZ / Lois Williams

Brought up in Whangarei, she's now a Professor of Gender Studies at UCLA in California where she's lived for 23 years.

She makes a point of purchasing works from each exhibition and said the quality of the work this year was impressive.

On this trip home, Prof Erai plans to finish a book she has been writing on the effect of images of Māori women in early colonial days.

She said the images in the exhibition were powerful in a different way.

"If we look at the way images work, the potential these images have is a healing - I really believe that they are rongoā," she said.

Painter Linda Munn has focused this year on the images of Māori women in old marae photographs. The compelling gaze of the tūpuna that adorn marae walls around Aotearoa shows their strength, she says. 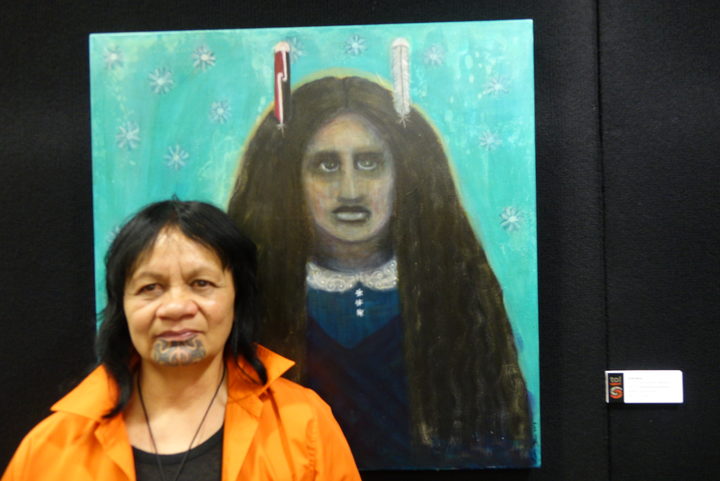 "They were calm - you can see they weren't scared of anyone," she said.

"I worked with a group of Tahitian students at Waikato University, and last year I went back up to Tahiti and was introduced to this material," he said.

The Toi Ngapuhi exhibition is an important one, he said, and not just for the artists.

Faith McManus's cool, dream-like prints are redolent of mornings on the mighty Wairoa River, with the sense of shapes and life forms emerging from the mist.

The Northtec arts tutor has moved from Houhora to Te Kopuru, south of Dargaville, and said she had fallen in love with fog. 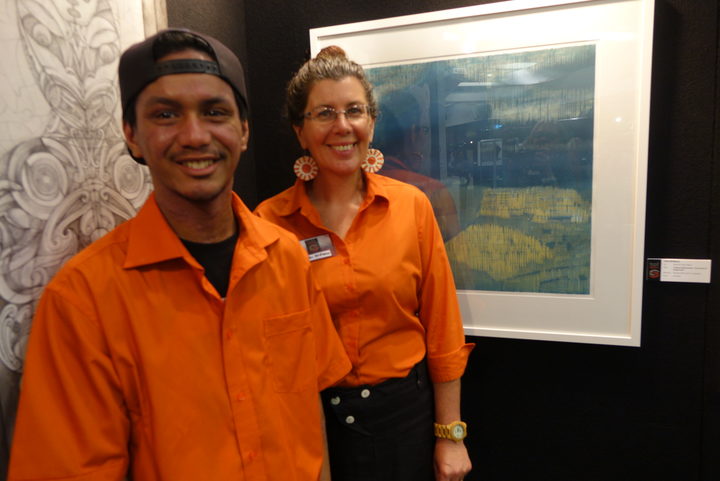 "One morning I was driving to work, and I just had to stop the car because there was this house-shaped cloud reflected in the river, and I made drawings; you know that very in-between space - earth and sky - it's a poetic space."

Chapman Tripp managing partner Nick Wells said it was a good thing for a lawyer to support.

"These sort of events, they connect people, to their whenua, to their culture. We all do our best work when we have a sense of purpose, whether it's an art work that achieves that or a treaty settlement.

He said the event had grown since the first exhibition in 2009, in stature and quality, year on year.

"These works could be hanging in any gallery, anywhere in the world," Mr Wells said.

Carvers, sculptors, weavers, tā moko and installation artists were also represented at the exhibition on Level 2 of Whangarei's Toll stadium.

Entry is free, and thousands were expected to view it over the weekend with big crowds expected for the Ngāpuhi festival today. 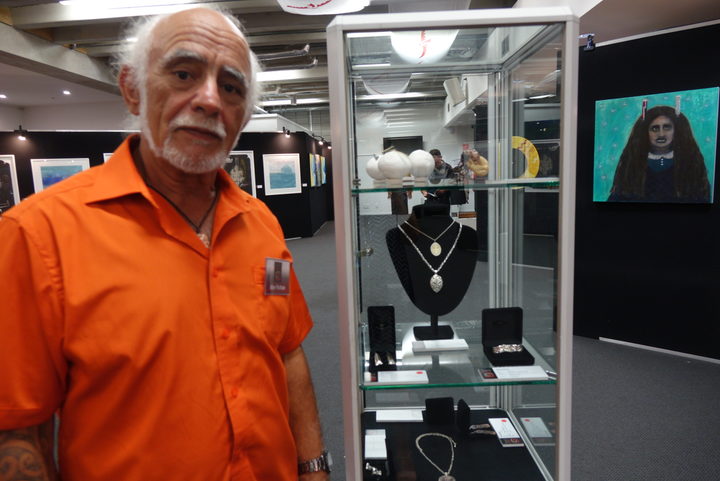 Silversmith Alex Nathan with some of his work. Photo: RNZ / Lois Williams